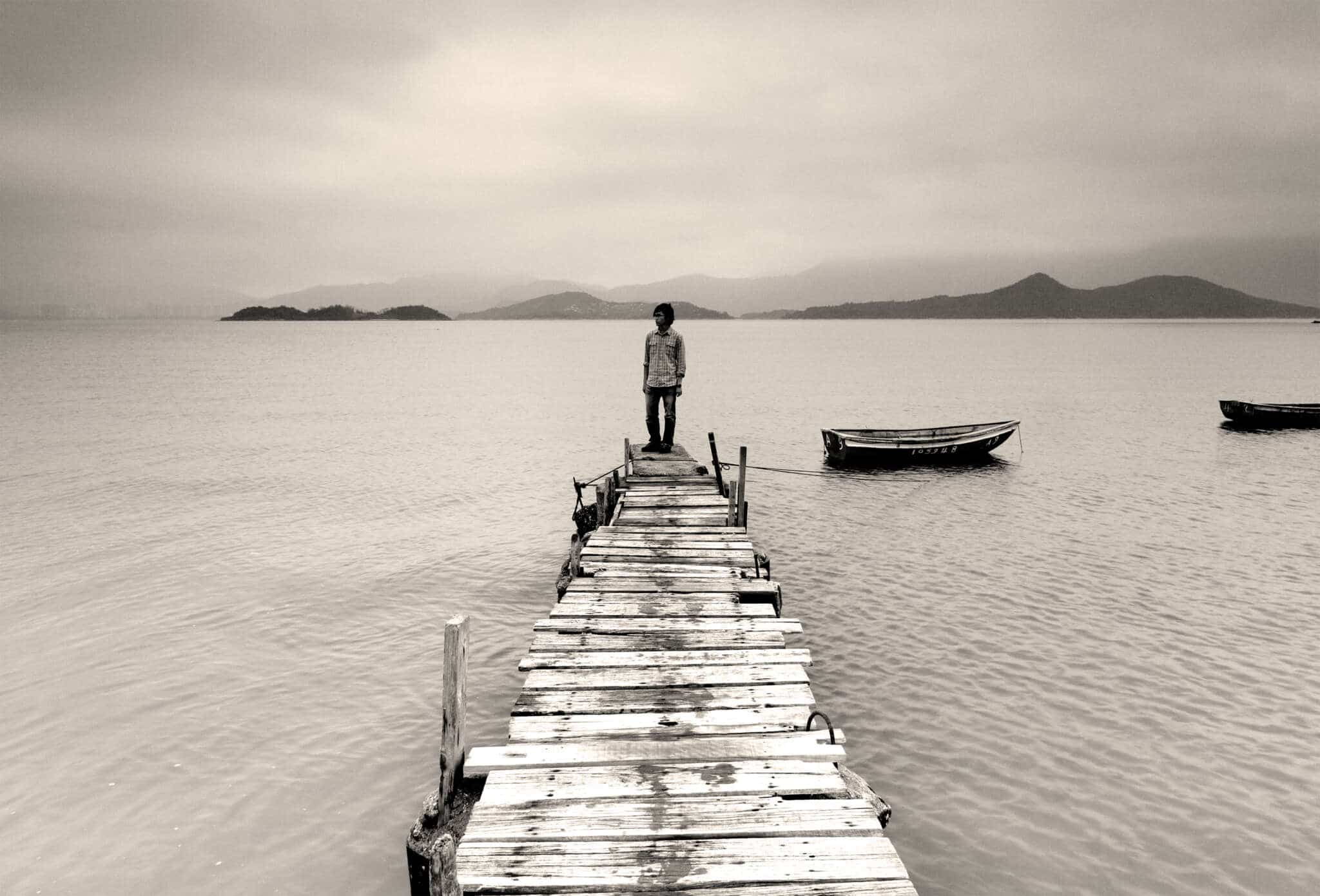 When I first landed in Japan, a long 9.5 years ago, I remember the excitement. The determination to master Japanese. The want to blend into Japanese society.

With this was also the want to make Japanese friends. Well, since I already spoke some Japanese, because the Japanese were so friendly and also because above everything I wanted to be friends with them – it wouldn’t be an issue.

… I think you can get at where I am going. And honestly the “I’ve been here for 〇〇 months / years but don’t have any Japanese friends” sentiment is something that I have heard multiple times from the people around me. I know because I myself was there.

And actually there are numbers here as well. In a survey which I did in 2017 regarding foreign students, we asked undergraduate foreign student respondents about how satisfied they were about their lives – one of the aspects we asked about was “getting to know Japanese people”. The ratio was around 45% satisfied, 40% neutral and 15% dissatisfied. This was only aspect where “satisfied” went below 50% and the only one where dissatisfied crossed 10%. If I look back, back then I’d probably put myself in the “neutral” category.

Right now I’d definitely answer “satisfied”. With 9.5 half years of experience and bumbling through Japanese society with a Japanese that still has a foreign accent, I really think that the way and the attitude that I was trying to get to know people in my first few years was wrong. And through this article I wanted to explain why – in the hope that this will prevent other people from making the same mistakes.

So what did I do at first?

Let’s go back a decade and look at what I did first. I remember clearly that on landing in Japan, I really wanted to integrate in Japanese society. And since I was a student, let me jump in into doing student-y things. Student clubs (I was in the Japanese archery / kyuudo club for a while), always going to whatever international interaction event there was, always going to welcome parties, the school festival, trying to hang out with my classmates … all that stuff.

I mean – I was going to be a student in Japanese university right? Given that university students did all the above, surely that would be a good way of getting to know people and making friends.

It seemed correct at first. Well lots of smiles received from Japanese people at me speaking okay Japanese. Lots of questions about the Merlion and Marina Bay Sands. All friendly!

But friendly people do not mean friends. And something seemed off after a while. After all sometimes I’d see the same people at multiple parties but there was this strange phenomenon where our conversation never progressed past small talk about Merlions, baito, homework and あついですねー or さむいですねー depending on the season. And the same for classmates, dorm party “friends” and so on…

For all the effort, time, sometimes money and sometimes liver damage that I was putting in at making Japanese friends, why weren’t things working?! Something was very clearly wrong here.

And I am probably not the only person among all of you reading this who has felt this way. 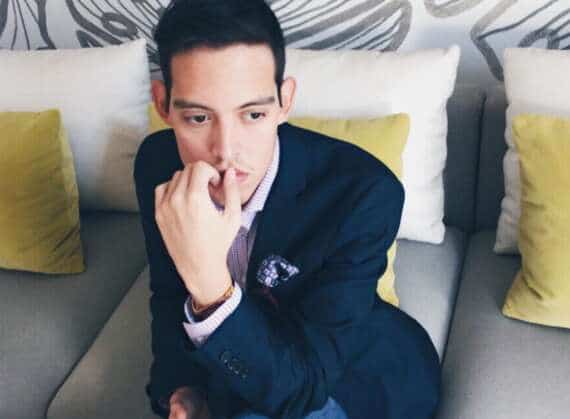 To be honest this was my “low point” in my life in Japan – that so called valley in the culture shock time scale.

This was worst in my first year in rural Osaka because well, it was one hour and quite expensive on a student budget to get to the city to “do stuff” anyway. So very honestly, there was this sense of being an outsider – despite speaking the language fluently (barring gaijin accent and faulty Kansai-ben). This also continued pretty much for my first year in university, but living in Tokyo meant that there was just more around to do and explore.

But after taking clearing credits in my first year, in my second year of school, I started spending more of my time outside of school – internships, baito what not. After all, with some exceptions, school seemed to be full of that small talk wall. And in the end, while I was in Japan to get my degree, I was also in Japan to fully experience Japan. Not just Japanese school life.

This turned out to be the unintentioned “turning point” from the low point I stated above. Somehow the people outside school I met were just more dynamic. This was true for the people I met while representing the Singaporean Students Association at foreign-student related events – which led to the domino effect to me starting to get professionally involved in issues regarding foreigners in Japan and me writing this blog today.

For internships and baito, there wasn’t much time to think about the small-talk wall because what was more important was finding time to do things. Maybe it was the startup culture in the places I was working at or the lack of student cliques but there was far more frankness in conversation and more importantly learning which I got from interacting with the people outside school.

Needless to say this was when my answer to the question at the beginning of the article started moving towards the “satisfied” around this time. And this has pretty much been my mode of not just socializing but also career building in Japan – hustling around the startup scene and with other people involved in the same themes that I work in – such as foreign students and foreigners in Japan.

Now clearly the fact that I’m saying this means that there was something drastically different between what I was trying to do in school and my life outside of it. But what were the lessons that I personally gained from it?

Culture is a factor …

Let’s address the elephant in the room – was Japanese culture a reason for my initial failure? After all, some common opinions of Japanese people include “xenophobic”, “exclusionary” and “shy”.

I do agree with “shy” – but not necessarily explicitly “xenophobic” or “exclusionary” in the sense that people dislike or are actively trying to discriminate against you. The thing is that in Japanese society there is the everpresent “air” around which people pick up on and that drives how people interact with each other.

However, the presence of an “outsider” – not just foreigners but also Japanese people who don’t act according to what the air dictates – disrupts this. And without a framework for how one should act, many Japanese clam up. The result feels like exclusion but is really more of a “I don’t know how to act” nerves.

Also I do think that the Japanese tendency for polite conversation and avoidance of conflict can also be a deterrent for going into deeper conversation topics. Not the best social atmosphere for someone like me who finds small talk rather grating.

But it’s not just foreigners who find 世間話 (small talk) grating – there are many Japanese who feel so and similarly, feel excluded too. In the end “Japanese social culture” is really just an average from which there are many people, groups and tribes who deviate.

And that’s the thing – what’s important is to find your tribe. For me that’s the startup scene clustered around the Shibuya to Roppongi stretch – with its ethos of hustling, networking through casual conversations. Other tribes in Tokyo involve the hyper-social party scene also in the Shibuya to Roppongi stretch, the Shimokitazawa chill passion-driven indie music scene, growing social volunteering movements everywhere.

Honestly none of the tribes above (including the volunteering scene) are “mainstream Japanese society” but if the average does not fit you, why force yourself fit into the average? While each of us may be unique, in a metropolitan area of 35 million there are surely people who are on similar wavelengths – the key is to find them. Searching on social media or meetup.com for people with the same interests or themes as you can be a start.

The lighter the setting, the shallower the connection

I did also feel that there was also a problem with the form of many of the “default” social settings where foreigners try to make Japanese friends. The fact is that many foreigners when arriving in Japan will start with dormitory parties, or international welcome parties or “language exchange” events to get to know people.

The problem is that I have had much more success getting to know people through volunteer work or my internships than through such events. The fact is that trust (and by extension closeness) is built not when you are trying to have lowest-common-denominator conversations but when you work together on something and have a framework to see each other multiple times.

International welcome parties are great introductions to Japanese society. And there really is no harm going to them. But if you are a bit sick of going to such events multiple times only for the faces that you meet to change or where the conversation was so shallow last time that you don’t remember who you talked to – maybe something with more commitment would be better.

But there’s one lesson that’s more important than the above. For me, I realized that that “finding Japanese friends” mentality that I once had at the beginning was extremely self-defeating.  Let’s flip it around.

Say that you meet someone at one of those language exchange parties above. You ask the person why they came. They say “because I want to make foreign friends”.

Does something sound off to you?

Or say you are British had a Japanese person go to your country – very starry eyed and excited. And they excitedly approach you and ask “What are the secrets of making friends with Brits?”. (Replace this example of your nationality)

Or more importantly, how have you made the majority of friends back where you’re from? Is what you’re doing right now significantly different from how you got your friends before?

If any of the above questions give you a niggling feeling that something’s not right, then maybe it’s because the want to make “Japanese friends” puts too much emphasis on the “Japanese” part of “Japanese friends”. Friends are not made based on nationality, they’re made on closeness, similarities and trust (see the above points).

But somehow for many of us (including me) the excitement in coming to Japan – coupled with some well intentioned but dubious and self-contradictory stereotypes like “Japanese people are friendly” and “Japanese people take a while to warm up to” – make us think that just because it’s Japan, the way that interpersonal relationships are formed is somehow different. And when there are some “defaults” given to us about how to get to know people such as your school welcome party, we think that the more we spend time on those, the more likely we are able to get to know someone.

Don’t get me wrong, some people end up marrying the people they chance-meet at a language exchange party and even if you don’t get to know people that deeply, these are great opportunities to just have some fun.