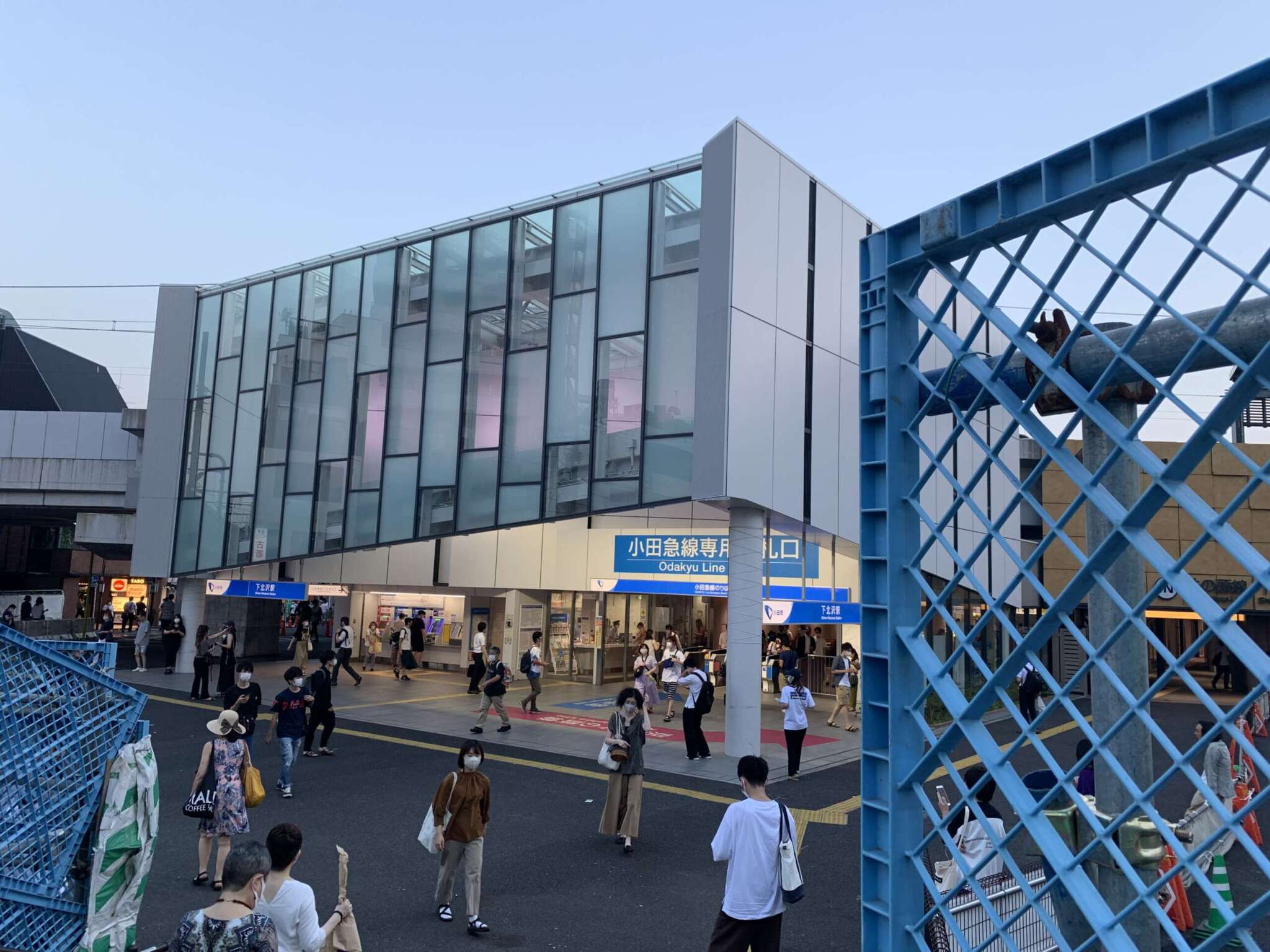 An Ode to Shimokitazawa

With love, from a former resident.

The first time I heard of you was when 15. Teenage and chunibyo-ed (ie. with middle school delusions) and back in sunny Singapore.

This was in the crazed Japan-mania of my teenage years. When I was watching two hours of Japanese variety shows and Naruto a day and writing vocabulary lists of all the kanji and words that came up.

Your name cropped up in one of those shows that the even normal Weaboos (oxymoron?) do not know of – Count Down TV. The midnight music countdown show of all the weekly J-pop hits – the one that crucially included went past the top ten into the obscure.

There you were – at maybe number 17 for that week.

Usually, if a place name comes out in a Japanese song, the song would be in Enka tradition. The Winter Scenery of the Tsugaru Straits kind of Enka.

Or it would be a big city – Tokyo by Fukuyama Masaharu. Sukiyanen Osaka. When neighborhoods get featured, they’re usually those that even tourists would recognize – Harajuku Kyari Pamyu Pamyu style for example.

Ah but this gaijin was special and not to mention in a Japan-crazed miasma. So what did this gaijin do? Google of course. 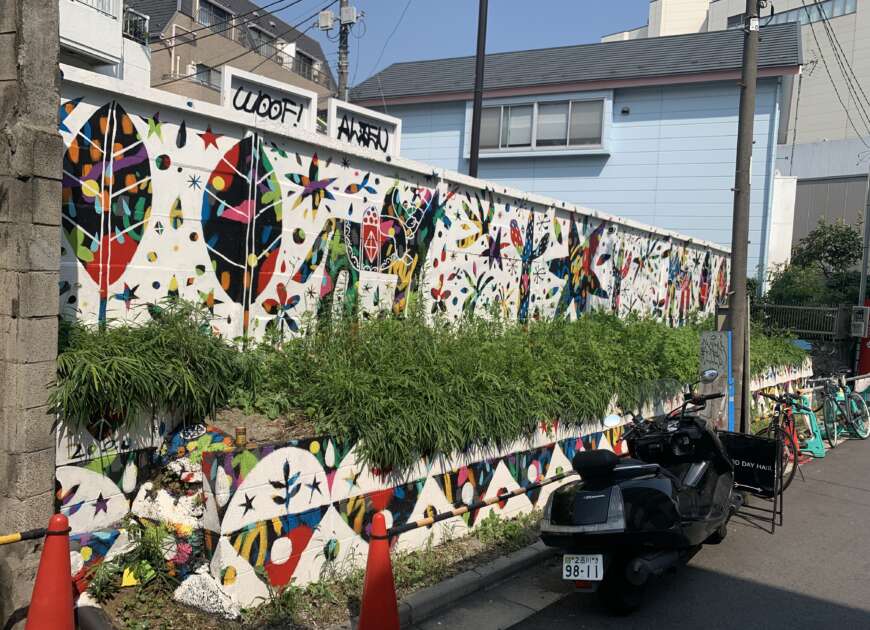 Fast forward. Middle school passed. So did high school. Weaboo miasma lifted but the trajectory it launched me on still had Japan on its coordinates. Maybe Tokyo. Maybe you.

But not immediately. The military delayed me for two years. Then that year-long detour to a certain hilly place in Osaka that the Japanese government sent me to.

But it was during this curveball that I first met you. On a trip from Osaka to Tokyo, yen-pinching through a ￥3500 night bus ride,  I decided to drop in on you and explore.

Gray. Lots of construction. Boarded up areas. Confusion between the two train lines. And in the day you actually aren’t that exciting.

Not very impressed. But I did feel that maybe I was the one missing something, not you. But of course, unlike the bling of Shibuya and the blitz of Shinjuku you were uniquely local. You really yield your depth not to curious passers-by but only to people who are in your orbit.

The detour ended and I got myself a place in Tokyo, my university being at Komaba. Only two stations from you. And every day to school I would have to pass by – glaring at the fortune telling advertisements plastered on the buildings right in front of the station platform.

This also entailed an upgrade from passer-by to being a sometime frequenter of you. For one, you were cheap – subcultures and the people who partake in them usually don’t have fat pockets after all.

Us yen-pinching students would often go to make the best of you. Cheap nomikai with nomihodai and water-infused alcohol. 10 yen per 30 minute karaoke. Study places at cafés. I should blame you for my current caffeine addiction.

But anyway, the university dorm only allowed me to be there for 2 years. As that time went out, your gravity pulled me in.

Mine was 59,000. A miracle that I managed to get a place 5 minutes from Shibuya and 10 minutes from Shinjuku for that price. Plus – school was just a bicycle ride away. 16 sq. m. in a 35 year old building with the washing machine shared. But well value for money – especially when money is short.

But somehow this exact penny pinching was what stopped me from really appreciating you. Why get all the indie coffee when you can get it by the liter in a bottle? Why buy second hand clothes when you can get even cheaper first-hand dubious clothes online? Why eat out when you can hop on a bike, pedal to Gyomu Super at Sazazuka and buy all the frozen food?

Nonetheless the 10 yen per half hour karaoke and alcoholed-down water was a godsend though. And the arcades. The food too, when I did eat out.

In any case due to my schooling days, part-time work and first job in a tech startup dead against remote work, for the first half of my stay with you I guess you were really more of a beddo-taun (commuter town) to me.

There is after all a difference between residing somewhere and living there.

The shift for me only started when I quit the first job and had a new beginning working from home. 16 sq. m. however is not a conducive environment so “work from home” became “work from Shimokitazawa”.

You’re a wonderful place to work from actually. New day – scout new place, order, open computer, one hand on the keyboard and the other spooning food into a mouth. Do digital nomads count as a sub-culture?

But that’s when I started appreciating you as this little oasis of young people doing crazy things in a graying Japan. The new indie coffee places, another second-hand clothes shop. Stickout at 700 yen.

One of the questions in the typical Japanese template small-talk is where do you live? Shimokitazawa, I’d say.

The answer is also usually templated. It usually begins with heeeeee （へーー）. It usually ends with “that’s quite a 〇〇 place!” (〇〇なところだね！) – add your adjective into the circles.

While living there – some of the things I’ve heard so far.

For those of you who do not know Oshare (お洒落)  is a word in Japanese that lies at the intersection between hip, stylish and Instagrammable. And in the more recent years Oshare has become more and more stuck to your identity.

But how can people see you as unsafe and Oshare at the same time?

Back in the days when the Odakyu line would bisect you above ground, you were the undisputed convenient refuge of the poor student, the struggling bandman. By extension maybe the cheap alcoholic?

Nowadays Koenji is biting at your heels for that thunder. But maybe it was never going to last – maybe you were too convenient to always stay as a refuge.

After all, Setagaya, of which you occupy the top right corner, became known for its ricchi piipuru (rich people, see 0.40 of the link). Two stations away on either line are the swanky I’m actually high class but call myself middle class neighborhoods of Uehara and Komaba/Shoto.

As the train tracks went underground, your underground started surfacing. Starbucks, ever the good reader of trends, opened the second branch what is now Starbucks Reserve in Shimokitazawa. The non-Starbucks Indie 200 yen coffee started getting supplanted with 550 yen boba. Tourists started appearing – a process which I may have added to.

Saizeriya (and Hidakaya) closed in 2019. Which youth refuge in Tokyo doesn’t have a Saizeriya?

But is it just me that feels that second hand Zara and Gucci started popping up like mushrooms in what were second-hand brandless clothes stores?

I don’t see this as a bad thing. A tad ironic maybe that for a place to stay young, it needs to change. 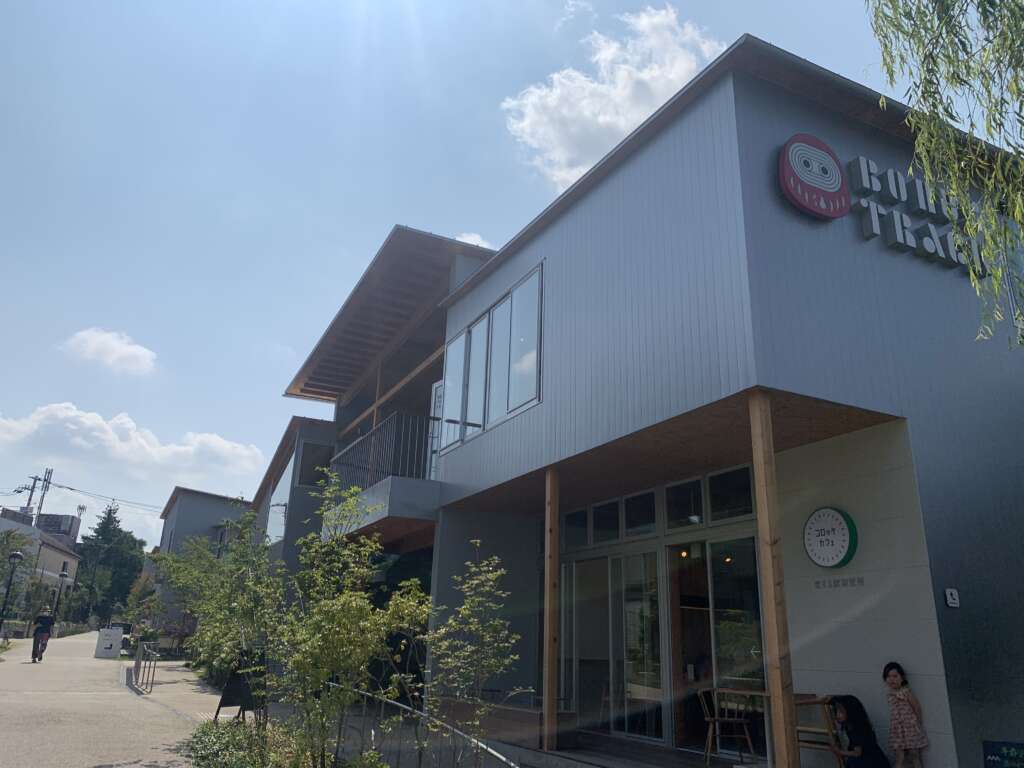 Above what was a section of the former train tracks is now a little Scandinavian-inspired(?) Oshare stretch of cafes and restaurants called Second Track.

Maybe what I was seeing was the 2010s version of you – and as we move into the 2020s, you too are molting and finding your Second Track. As far as I am concerned, as long as you keep fighting the graying that the rest of the non-ricchi piipuru Setagaya is facing, I am cheering you on.

But as you move into the 2020s so am I. While the first floor 16 sq. m. shelter was enough for me as a student, since graduation, I’ve been growing out of these confines have started seeming tight. As you shed your old skin, maybe it’s time for me to find myself a bigger shell.

So we beat on, boats against the current

So on the 20th of July, 2020, the movers came. I began a new life within the far less Oshare neighborhood of Akebonobashi, within the boundaries of Shinjuku.

It’s not bye-bye forever yet though. My hairdresser is still where you are. In the end, you’re only just 25 minutes away. I promise to still haunt your 20 yen per half hour karaoke rooms and partake in your coffee. Just more occasionally than before.

Maybe what drove me to write this was a sense of thanks for allowing me in. Maybe it was the want to record down the echos of the pre-Oshare Shimokitazawa. Or maybe it’s a vague, nagging sense of loss – but is it of you? Or of the 6 years that you symbolize?

Before the movers came, out of a sudden swell of curiosity I went online to search for the room that I was about to relinquish. 67,000 yen per month now. A more than 10% increase in a country where building age drags down your value.

I guess I came at a good time. And that since then, you’ve been playing your cards well. As I leave your sphere of gravity, there is this feeling that absence makes the heart grow fonder. I will be watching you, sometimes from afar, sometimes on semi-regular visits to your Oshare offerings. Watching you change as you continue playing your cards.

But for now, we part ways –  into a hopefully fuller future, in sight of each other. And maybe when we are on our third tracks you’ll see me back again – if those tracks intersect.