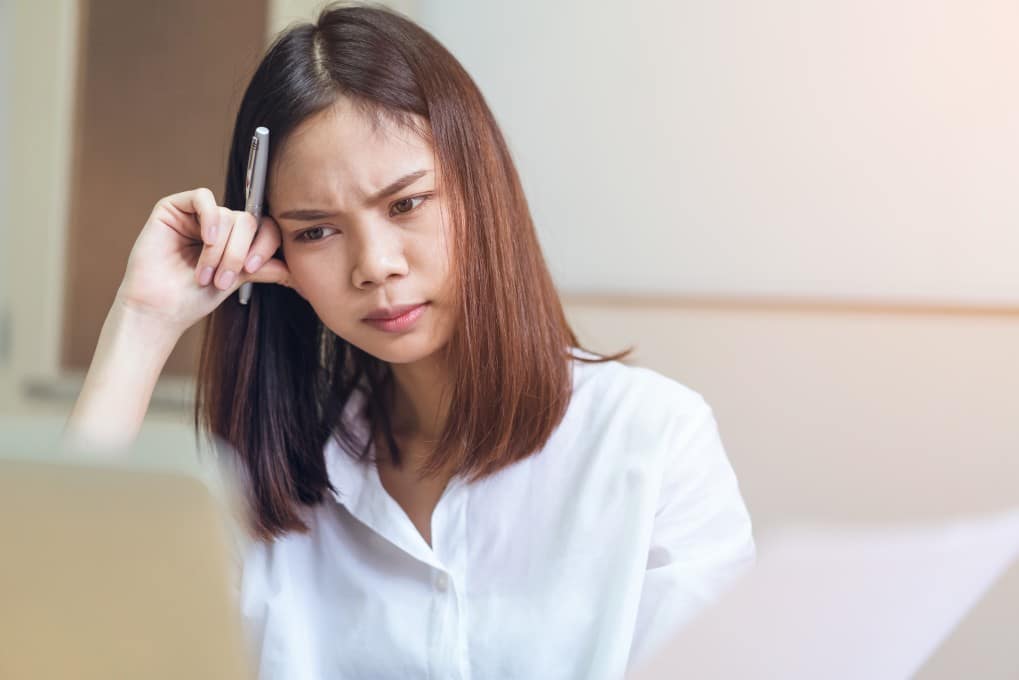 If you are a foreign student not yet at your shukatsu year, you probably have heard the horrors of it. If you are one doing shukatsu right now, you know first hand how painful it is. Handwriting Entry Sheets, buying (wasting) money on the typical black suit, going to companies at job fairs and them giving you the Japanese smile when they find out you are a foreigner.

Job-hunting is painful everywhere in the world, but clearly the uniqueness of the Japanese job market doesn’t make things easier. However, there is a ways to drastically cut job-hunting headache. Most foreign students aren’t doing them. Even foreign students with business Japanese are falling into common traps.

In this article I will be talking about the most common traps that foreign students fall into when they job hunt. From there I want suggest my own proposed formula for a job-hunting in Japan which can possibly save you a lot of headache.

Students studying in English – not understanding the Japanese recruitment system

I will start first by talking about the most common problem faced by foreign students studying in English (and who are often studying advanced degrees in graduate school). The biggest problem for this segment is a huge lack of knowledge about the Japanese recruitment system. This is commonly seen in students:

This leads to many students acting too late, too unprepared and applying to the wrong places (plus things like bungling interviews). And even to people giving up getting a job in Japan. 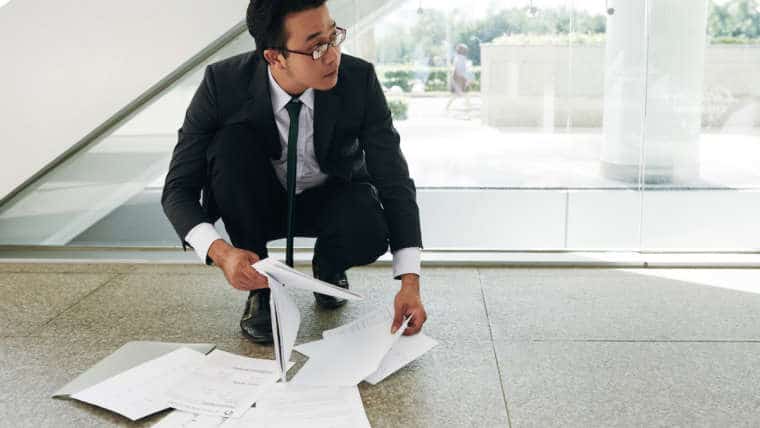 But even then it’s the reverse trap they fall into – that of job-hunting too much like the Japanese. Let’s look at the data.

Mynavi reports that when they collected data for 2019, only 15% of surveyed companies had “plans to hire foreign students” for the cohort joining them in 2020. Around half of these didn’t hire foreign students in the end. Do be aware that this wording is ambiguous – does this mean that they had separate hiring plans for foreigners? Or does this mean that they were even opening to hiring foreigners.

This data is also triangulated by DISCO’s data. DISCO’s clients tend to be more international facing due to them being interested in displaying at their international career fairs in the first place. Even then, only a third hired foreign students for their intake in 2020. Even then, the average number hired per company was a whopping 2.48 people per company.

To be extremely blunt, there are many companies which will not consider you if you are not a native Japanese speaker. You will not however filter companies easily through this. Job hunting like a Japanese person means that you will likely going to huge job fairs (合同説明会) only to receive the Japanese smile.

In addition, job-hunting like the Japanese also means that you will be jumping through hoops for which your Japanese competitors have a distinct advantage. Particular mention here goes to the SPI – the math test will be just a math test to Japanese applicants but becomes both a math test and a speed Japanese reading test for foreign students.

What to do then?

So is it the end then? Should you abandon shukatsu because the odds are stacked against you? 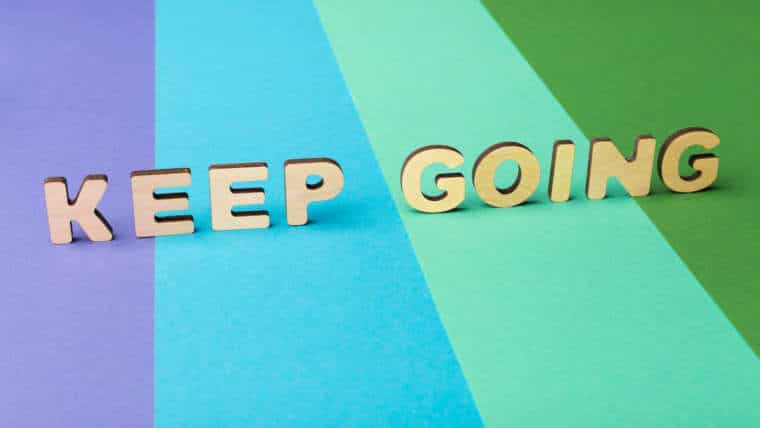 Strangely, foreign students studying in English and Japanese often suffer from the same problems – if you look closely at the two sets of problems above you see the following similarities:

Therefore, in order to have a smoother shukatsu as a foreign student, you need to identify likely employers, find places (both offline and online) where they gather and then strategize to turn being a foreigner into an advantage, not a weakness.

How do you do so? The section below will explain how you may want to adjust shukatsu tactics for foreign students.

Before going into anything else, please be wary of the shukatsu calendar – particularly if you are studying in English. Those studying in Japanese will know when their Japanese classmates suddenly start metamorphosing from colorful casual wear to black and white recruitment suits.

A future article will talk about this in detail but if in doubt ask a Japanese friend or your school career counselor. Be aware that while the minority of companies hire year round, most don’t for fresh graduates. Even if you are the best candidate it doesn’t really matter if the hiring round is already closed.

Usually the first step to shukatsu is considered where you search for possible employers and where you start preparing your résumé. This step is common to foreign students too.

However, foreign students have to factor in their nationality too. As also stated in this article,  Japanese company with an office in your home country and foreign companies with regional / global HQs in your home countries will be more likely to consider your profile as you may be a rare bridge for them to cross borders.

Also consider companies which have plans in expanding overseas and in particular to your home country. Usually these are the companies which are eagerly thinking of hiring foreigners looking forward.

JETRO also offers a list of companies which they know are actively hiring for foreigners – it could be a good place to take a look.

Job fairs tend to occur around March (though disruption due to Corona has pushed job-fairs backwards into the summer and later).

I personally would not recommend going to huge job-fairs such as Rikunabi Live run by  Recruit. This is because these job fairs are aimed at Japanese candidates. Many companies here will be reluctant to say the least to consider a non-Japanese native speaker. That being said there are companies which only advertise themselves at these fairs so if you have scouted one which you really want to apply for already then these events can be useful.

You will have much higher chances of success attending job fairs specially aimed at foreign students – usual suspects being the following:

Less companies will be advertising per event but by being there in the first place, you can be sure that these companies are far more likely to give foreign students due consideration.

One open secret that most foreign students do not realize is that while many of these setsumeikai (説明会) events are advertised as seminars or information sessions, many companies will actually use these events as accelerated screening. Go in, make an impression and you may get to skip the document screening and first interview. All in all, a more time-efficient way and less headachy route of going about looking for a job.

So how long do will you stay in Japan?

This is a common question and there is a correct answer*. Many foreign students have their job applications torpedoed by giving the “wrong answer” here. Frankly, if you do not know it (even if you do not use it), you may need to prepare a bit more.

* FYI: Not applicable to all industries.

What this means is that there are common things which recruiters look out for in your application and when doing interviews. Some of these are Japan business-culture specific. Proper preparation will go a long way in avoiding destroying your own chances.

And how do you prepare and know where the landmines are?

First possibility is your student career office in your respective schools – but many schools’ career offices are frankly under-equipped to handle foreign students, particularly if you don’t speak Japanese fluently.

The other option is recruiters. Already mentioned in my guide to foreign student recruiters (and pretty much all my articles). Not just because they are nice people (which at least the recruiters I work with are). Recruiters are pretty much one of the few places which will give you the personalized support and feedback regarding your résumés and interview techniques.

Just a few other points are that they have a pool of clients which means that you save the trouble of searching for jobs by yourself. In addition, a recruiter’s recommendation can be powerful. So powerful that it can possibly send an applicant from zero to the final interview (it has happened before). So definitely a way for you to cut the headache in your shukatsu.

Aside from Sociarise mentioned in the above article, here are the list of partners that MEXT Scholars Association partners with. We only partner with people we know have either a new and innovative solution, or have years of experience with the recruitment of foreign students.

By the way, the role and help that recruiters provide is no where as relevant for Japanese students. So in fact, recruiters may be a way to have a shukatsu process that is even easier than for your Japanese classmates.

You are a minority – but there is strength to being one

Just because you are in Japan does not mean that you have to follow fully the Japanese way of job-hunting. After all, the default way of job-hunting severely disadvantages you – if you’re an orange in an apple market it’s going to be hard to be picked up.

The point is that there are however places specifically on the lookout for foreign students like you and ways to bypass the parts of the Japanese recruitment system which disadvantage you.

One qualification before I end though – there are some companies which do not display at foreign student fairs nor use foreign student recruiters. The Japanese shukatsu method may be the only route for you to enter.

Does this mean that it’s impossible to get in? No. Does this mean that you should give up? Definitely not. If the company is somewhere you really want to join go for it! My advice is to not indiscriminately go to job-fairs or send your resumes to a 100 companies through a navi site like many Japanese do.

Once again, hope this article shines some light for you and saves you job-hunting headache!