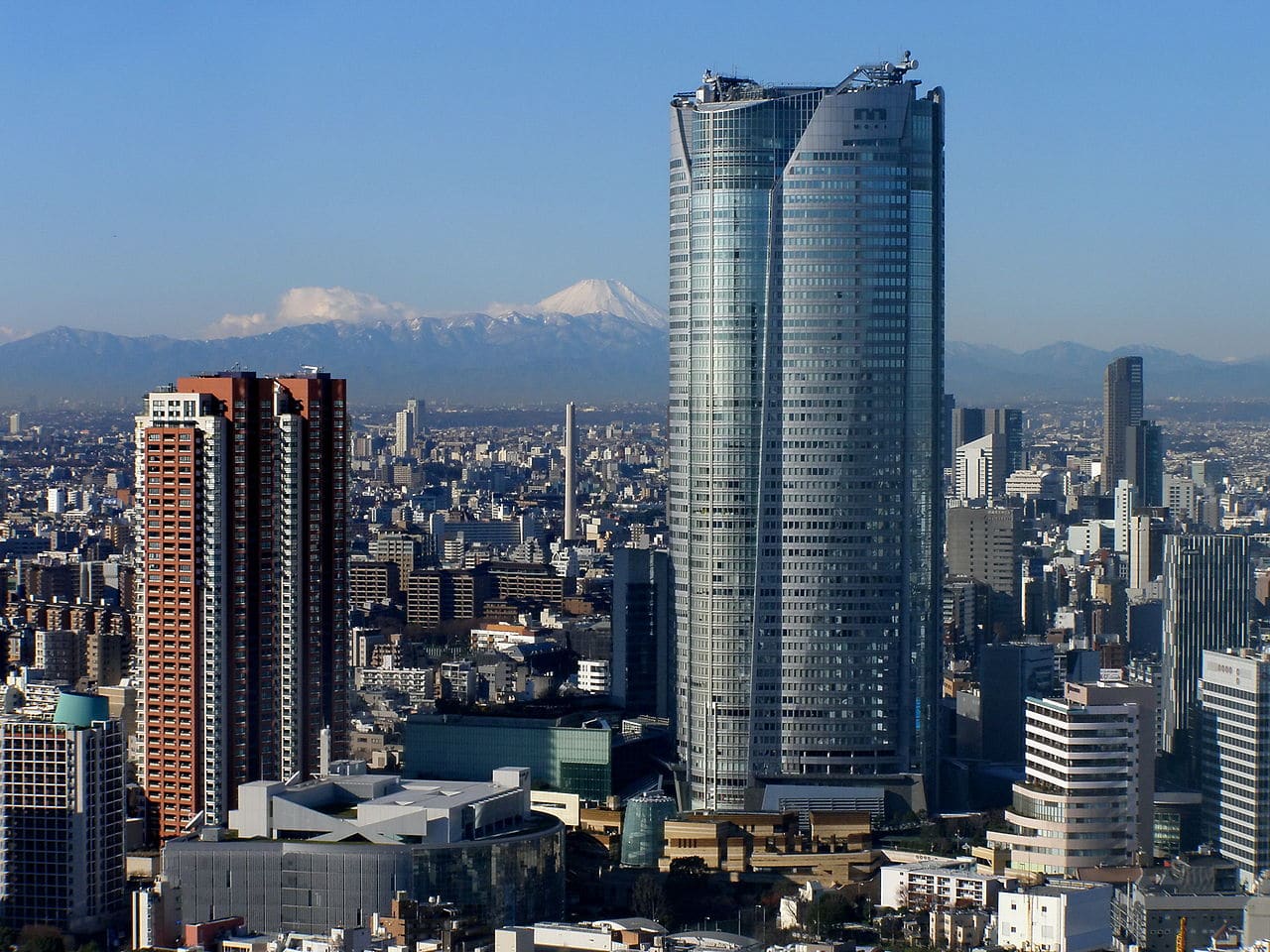 There is this idea among foreign students in Japan that I too once subscribed to. “Once I graduate I’d like to work for a foreign company (gaishikei) – I mean their culture is probably better and they probably hire more foreigners too!”.

I won’t be talking about the culture part here. But in short, there are foreign companies which have brought their culture with them and some which have localized very well in to Japan. Regarding hiring though, and as you probably cleaned from the title of this article, this is largely but not entirely a myth.

By the way, my research with RIETI has made it clear that foreign students prefer to be employed by foreign companies in Japan. Honestly, that squares with my own sentiments too as a foreigner here. And it is definitely possible – but as you may see further down it may not be that easy as a first career nor depending on the field you study.

What I want to through this article is to prevent people from having a naïve mentality regarding their employment prospects. And through explaining why foreign companies ≠ ready employers of foreign students, allow you to think about your career strategically.

I will be not just giving information about how job-hunting works but the mentality you may want to have. Remember that one key factor to success in job-hunting is how well you understand the employers – and we can take this as a case study.

Why the myth in the first place?

The logic is rather simple. It goes like this.

Ergo, as a foreign student I am probably the prime candidate!

There is some truth to this – clearly foreign companies are unlikely to reject foreigners applying just because they are foreigners.

That being said, while there are no clear statistics about it the most recruiters (and my own sense) agree that the majority of foreign students staying within Japan will start their careers in Japanese companies. To put it in another way, if you start your career in Japan you are more likely to join a Japanese company than otherwise. Note: aside from the stereotypical big Japanese corporates these do include startups and companies founded by foreigners in Japan.

Why is this so? Is this intra-gaijin discrimination?

No. The job market is a market with demand and supply and the reason why this happens become very clear when we analyze things.

Why do companies hire people? 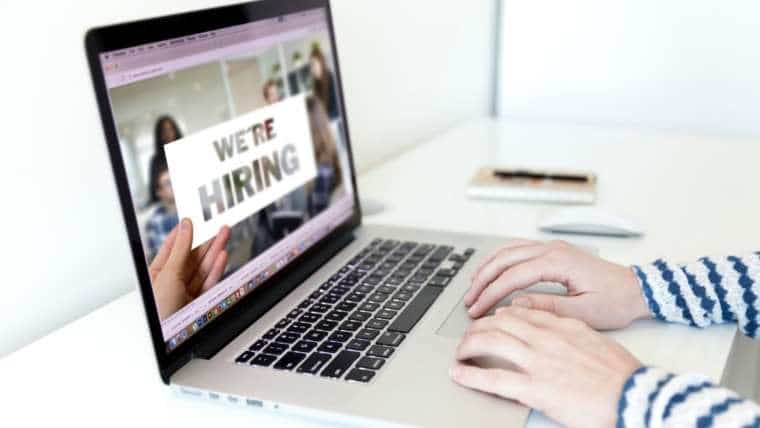 Conversely, this can actually mean that fresh graduates who are foreign students may actually not be the target of hiring. The key is to think from the perspective of the company.

Put your self in the hirer’s shoes

Say you are a recruiter for an imaginary foreign company that deals with Fast Moving Consumer Goods (FMCGs) – a company like Procter and Gamble. The production lines of this imaginary company are mainly overseas and your operations in Japan are mainly logistics (ie. moving things to retailers) and promoting your products to the average Japanese consumer. 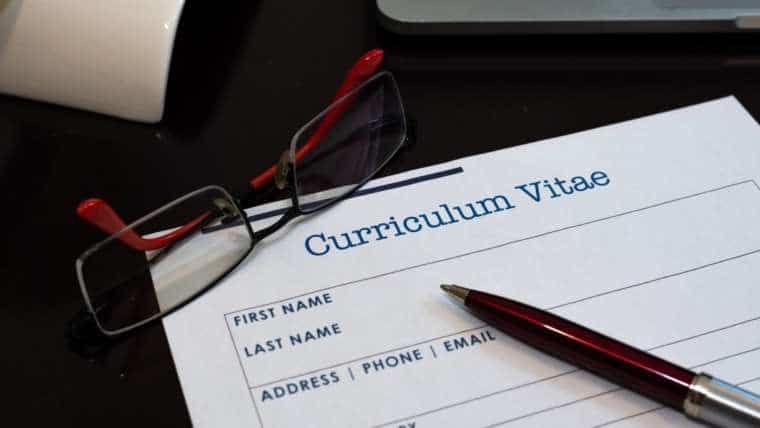 You are the recruiter in charge of hiring fresh graduates – you come across two résumés, one from an Australian student who has an JLPT N1, graduated from a respectable Japanese university and all. And another résumé, same university but a native Japanese person also with a TOEIC score above 900. Oh, did her college in Australia too. Just based on this information alone who would you prefer?

The usual answer is the latter – the native Japanese speaker. And not out of racism. When this fresh graduate comes into an office and has to create a marketing campaign for dog food for example, who would be more likely between the two to have a better sense as to which dog breed to show on the ad? Or craft a more natural Japanese copywriting for the product?

And sure there is a need for people to handle the overseas supply chains and stuff. Remember though that foreign companies have the option of asking an overseas office dispatch someone over to the Japan office if someone is really needed. This person will have more experience than a fresh foreign graduate recruited in Japan too.

What does the company do in Japan?

What I want to say is that whether a foreign company will prefer Japanese candidates over foreigners applying is heavily dependent on the function of the Japanese office. And if you are thinking of applying to a foreign company in Japan you need to do your research as to why the company is there in Japan in the first place.

In general though these is the sense of the views of foreign companies in each sector vis-à-vis hiring foreign students. Do note that all these assume that you have reasonable business-level Japanese – the things talked about in this article about how to job-hunt without business Japanese apply to foreign companies too.

No strong preference for Japanese candidates – as long as foreign students are at a high-business Japanese level and a strong bilingual they stand a strong chance of getting hired too.

No preference for Japanese candidates for engineers – assuming that there is a technical team in Japan. Do note that some tech firm’s operations here in Japan are largely sales and marketing.

However, foreign students may be at a disadvantage if they are applying for customer support, sales and marketing roles. That being said recently things seem to be changing such that foreign students are on equal ground as long as they demonstrate strong Japanese.

Same as IT, for technical staff nationality is not really a big issue. Hiring for customer or client facing types of roles for finance are likely to advantage Japanese applicants though.

If manufacturing occurs in Japan (like they have a factory in Japan), no preference for Japanese candidates for technical staff.

Beyond this it depends on whether the firm is manufacturing for other companies or for (Japanese) consumers. If it is the former a strong multilingual foreign student may get an advantage. If it is the latter, foreign students are likely to be disadvantaged in hiring for business roles.

Nationality not really relevant. Also may be open to hiring foreigners without strong Japanese (see the post about job-hunting without Japanese for more)

In addition to this, there are two more reasons for why while foreign students prefer to join foreign firms, their first job is not likely to be in them.

The first involves competition. In the past 10 years, foreign companies have been increasingly popular career choices for Japanese graduates. This means that if you choose to apply for the Googles, Goldmans and BCGs in Japan, you will be competing against the Japanese who are graduating from the Ivy Leagues, Oxbridge or returnees (kikoku-shijo) from within Japan who are really perfect bilinguals.

That being said the above are really examples of the most competitive companies to apply for. Compared to the above, competition to enter the Big 4 in Japan is more reasonable because of the volume that they hire each year. Competition for B2B gaishikei companies like SAP is also likely to be easier because most students do not know of them either.

How many gaishikei are there anyway?

Another simple reason is that there simply aren’t that many gaishikei hirers in the first place. Statistics from METI for 2018 note that the total payroll of foreign companies in Japan was around 550,000 thousand people. This in a country with a labor force of around 67 million.

The point is that gaishikei hiring only occupies a thin slice of the Japanese workforce. As an individual job-seeker if you only target foreign companies then your choices may be very limited.

Huge Qualification: Many foreigners get hired for their second jobs.

All the above needs to be qualified because a lot of my fellow foreign friends are currently working for foreign companies in Japan. The common trend is having worked in a Japanese company for one or two years first. In fact many people are working in places which they failed or would have failed at applying as a fresh graduate.

This huge gap is because foreign companies are on the lookout for foreigners who get business in Japan. Once you work in a Japanese workplace for more than a year you can claim to understand Japanese business practices. At the same time you have a different perspective and knowledge from the average Japanese person or even the average Japanese bilingual.

This profile is something that foreign companies want and which furthermore is rare to find. And if you fit into this profile, I would even hazard saying that in many cases getting into one of the top foreign companies in Japan is easier than fighting for it back where you come from. Speaking as a Singaporean, it is fierce competition getting into the Top 4 back at home. However, being a bilingual and versed in Japanese business means that I have less competition and higher demand for me if I were to apply to work for them here in Japan.

Maybe not your first step, but part of your path

In conclusion, it is not impossible but unlikely that your first job will be a foreign company. By all means do continue aiming for them! I do have sempais and kohais who have definitely managed to get in even for their first job. Just be aware that you have to put up a good fight and shine among the competition.

The gaishikei employer however may be part of your second or third step in your career. And with generally higher salaries, a higher chance to do cross-border business and with less of a taboo towards people who change jobs, they make very attractive employers.

Remember that your career is a long game. One strategy you could pursue is to go into a Japanese company to develop your understanding of Japanese business and then move into a foreign company a few years down the road. This would open up your options too because then even if you move to a third country, you will have an international brand name in your résumé in addition to experience on the ground in Japan.