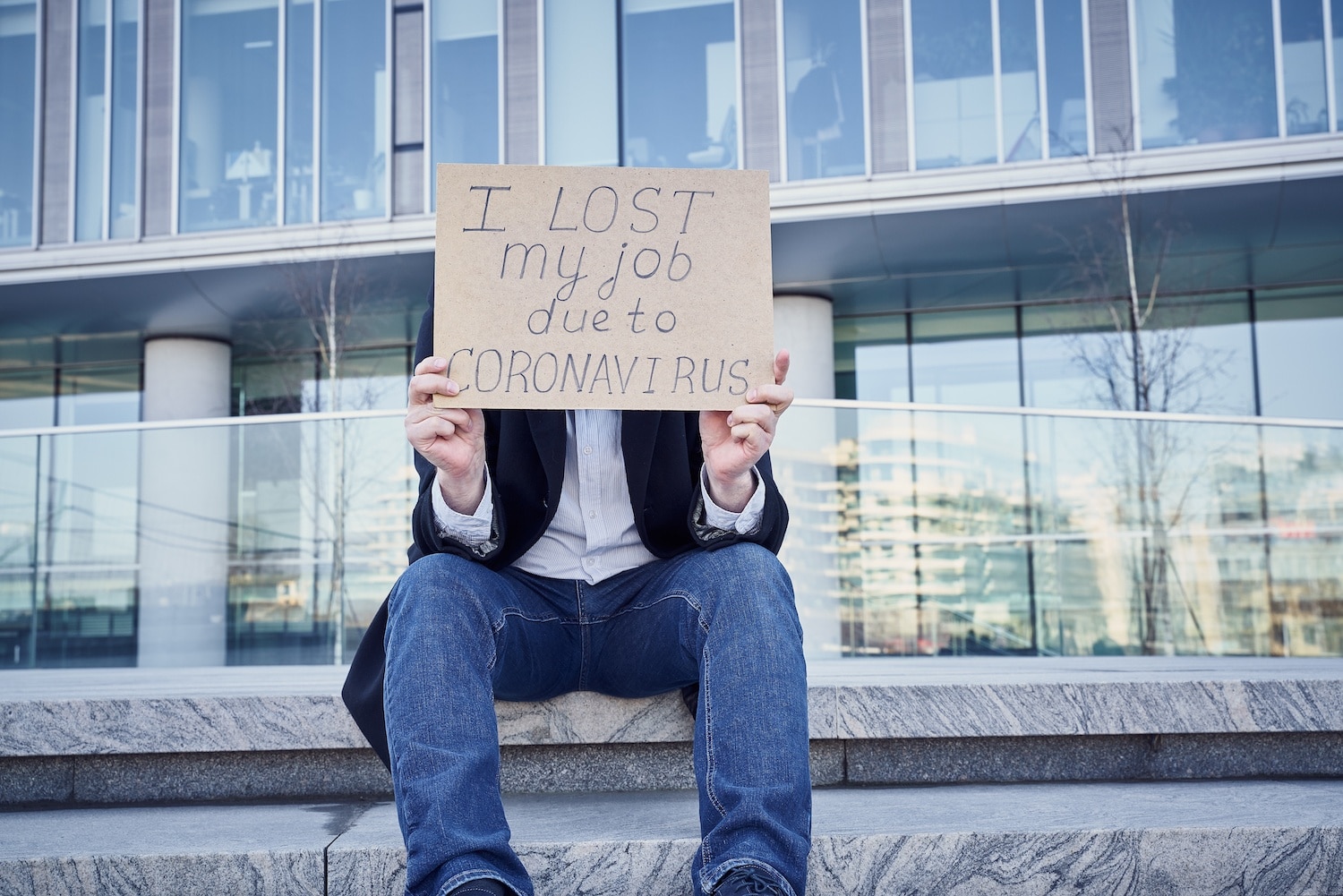 Shukatsu for foreign students in times of COVID-19

Foreign Student Careers May 4, 2020 by AustZ

This is certainly not the article I wanted to start my blog with. Who would want to write the first article of their blog about a virus?

I have to say that I (thankfully!) am not in the situation as the title photo. But still, I am very worried that the virus impede the career development of many current students.

To be extremely blunt, the Coronavirus will cause significant headwinds for foreign students in Japan graduating in late 2020 – early 2021. But there are ways to lessen its impact on you.

In this article, I will be sharing a bit of how COVID-19 is affecting the Shukatsu for the graduating cohort in the next 2 semesters. Then I will go on to share the strategies for how you can still fight for a job. You may be tempted to skipping straight to the strategies but the background is important information that you can apply to your own job-hunting strategy.

Side note: while primarily aimed at foreign students, much of this will be relevant to mid-career job-seekers, especially early-career talent. Job-seekers without strong business Japanese may also benefit from this article talking about how to job-hunt even without business Japanese.

How the virus is affecting shukatsu 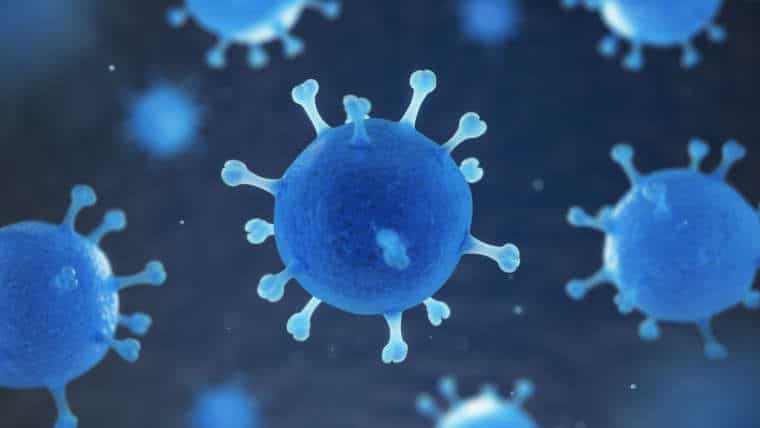 Two factors will cause significant difficulties for foreign students job-hunting this year – lower hiring demand and also how the coronavirus has disrupted the usual shukatsu process.

This of course affects Japanese students as well. Foreign students in particular however will be especially affected for the reasons below.

Obviously, the aviation, hospitality and event sectors will not hire beyond the bare minimum this year. Add significant knock-on effects on F&B and trading on top.

The problem is that most of the industries above are those which do heavy business outside of Japan. They have subsequently been big hiring pools for foreigners which have now dried up.

In addition, we can expect that non-technical staff hiring will shrink in the next year because the above industries have tended to hire foreigners for business (sales, marketing etc), customer support and translation. Given this, as a whole non-STEM graduates are likely to be more affected than STEM graduates with exceptions such as aviation engineers. 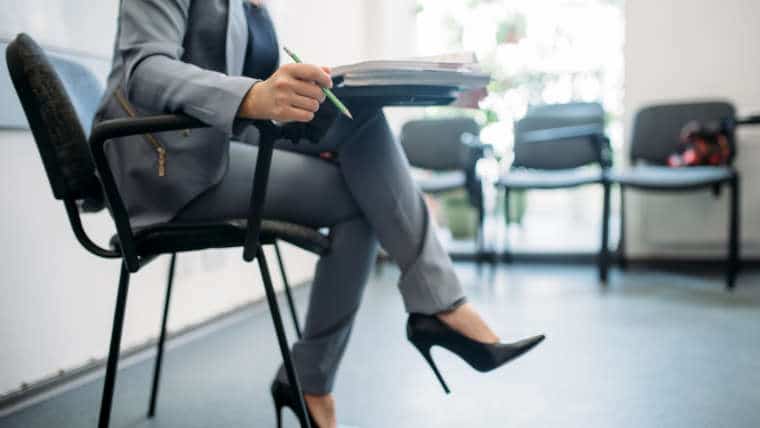 As we already know, job-hunting for fresh graduates in Japan usually operates on a very rigid shukatsu schedule. March usually is the most important month due to all the recruitment events held.

This year most if not all big recruitment events were cancelled. This includes some usually large foreign student job fairs such as ASEAN Career Fair. Others like Connect Job’s fairs had to scale their activities down or hastily move online.

But why are these so important? Aren’t job fairs just huge un-socially distanced gatherings where students gather in black recruit suits and bow and submit their handwritten résumés?

The problem is that most companies in Japan have not hired or do not hire foreign students (more about this in a future article). You are not going to find this information stated anywhere online though. Therefore these kinds of job fairs functioned as a clear way of gathering companies seriously considering hiring foreign students to the extent that they would pay to participate in the job fair.

The flip side is that these job fairs were important for foreign students to get to know companies, including widening their choices through getting to know new companies not originally in their “hit list”. Many companies also had special rules allowing for fair participants to skip forward to the first interview etc. These shortcuts have largely melted away due to COVID-19.

So, COVID has pretty much dropped a giant lemon on the job-hunters this year. How do we make the lemonade? Or in other words, how can you increase your chances as much as possible in order to secure a job?

Three things I can recommend to lessen the effects of COVID on you – targeting less affected sectors, proper usage of foreign student recruiter/headhunters and beefing your resume strategically.

One obvious strategy is to aim for sectors which are less affected by COVID. Ie. identifying these industries, listing up interesting companies and sending in your applications. Some examples of sectors less affected I can immediately think of are the following:

Manufacturing appears to be keeping its recruitment plans stable. Most companies with plans for foreign expansion (eg. opening factories in foreign countries) are viewing COVID as a hiccup but keeping their original plans (and therefore hiring quotas) constant. Hiring for technicians and foreigners to do foreign-related business roles is likely to be stable.

IT as a whole seems to be weathering the crisis well – though there are some huge winners (eg. Zoom) and losers (eg. Skyscanner). Even before the crisis there was a huge shortage of IT engineers and even now this is a sector which will be heavily recruited for. Subsequently there will be continued demand for IT related business fields like digital marketing so people with experience with social media campaigns, blog writing etc. are still likely to have some demand.

A linked point is that start-ups may be still hiring. After all, startups may not be that affected by business drying up because many are not at the stage of generating revenue anyway (though they may suffer from a funding crunch). Do consider startup heavy platforms such as Wantedly if you are considering joining a startup.

Consulting looks to be going strong. If anything many of the consultants around me are swamped with work – probably a good thing in such times. Do note that the level of Japanese generally needed to join consulting in Japan is an N1 or equivalent – a minority may start recruiting for talent with a minimum of N2.

(The right) Recruiters are your friends

With job fairs playing a far less important role in 2020-2021, the other surviving shukatsu infrastructure is foreign student recruiters or headhunters.

I already have written another article about the important role they value they provide under the MEXT Scholars Association – those who are unclear may want to read that first.

I want to add that most foreign students in Japan are not equipped to identify their likely employers. Contacting foreign student recruiters and having them do the sifting for you – especially when many company’s hiring plans are very opaque – is one huge way of avoiding wasting precious time. In addition, the advice of a recruiter can be very helpful in stopping you from shooting yourself in the foot with wrong answers when applying and interviewing.

As stated in the article though, please be aware of possible pitfalls. If you are going to utilize recruiters, spread your resume around multiple. One objection that I often hear about working with recruiters is that “they make money off you” but well, just be aware that in most circumstances having someone advocate for you is much more powerful than you advocating for yourself.

A short list of companies that may be able to help (not all will have positions to fit you though).

For those job hunting as fresh graduates:

For those job hunting as mid career talent:

The last thing that you can do to leapfrog the competition in shukatsu is to beef up your résumé, aiming at the above sectors which are hiring.

I don’t mean pondering days about what to write for the 志望動機 (reason for application) of the recruitment form. What I mean is taking a part-time course to get a prized skill.

As stated above, we can see that IT recruitment is likely to continue going strong. There is nothing stopping you from taking a 30 hour course on Udemy for example about programming, Google Analytics etc. for job-hunting firepower.

It doesn’t mean that you will be an expert or be hired as such. After all, most employers especially in Japan don’t really care that much about expertise level for fresh graduates. It does however give you a leg up over the competition and show the person interviewing you that you are a quick and self-driven learner. Showing this may actually be more important than the knowledge from the course itself.

Among everything don’t forget your Japanese ability though. There’s clearly only a limited amount drilling Japanese can do in a short time. But you never know if that extra bit of proficiency can push you over into getting a job offer.

In addition to the above, this crisis actually does provide some hidden advantages not enjoyed by people job-hunting in previous years and some of these can be strategically exploited. A bit more below.

Some flexibility to the shukatsu schedule

Disruption means that many companies have delayed hiring. In a typical year most job-hunting seminars (説明会) would have been done in March and maybe in April. Right now, some companies are doing theirs online even this month and the next.

This is an opportunity for you if you have not started on job-hunting yet. Don’t be too late though – this window will not be open forever.

Also, there is a chance that companies will be a bit more forgiving to those graduating in these 12 months. Usually Japanese companies will reject out of hand applicants who have already graduated. This crisis does justify a relaxation of these practices though. Depending on how the economic recovery from this goes, Japanese companies may make exceptions for the year ahead.

Do consider therefore applying for the job-hunting visa if you are graduating and still want to work within Japan.

Expect to have more companies trying to do their best to hire online – a way that many foreigners are already used to!

Do be aware that it doesn’t mean that most companies will suddenly make LinkedIn accounts and start messaging you. LinkedIn and direct recruiting are not usually done at the fresh graduate level in Japan.

The platforms which are likely to be used will be platforms which Japanese companies are already used to such as Wantedly stated above. But be aware that you may run into an unseen “gaijin hiring barrier” just through for job posts online. A few tips are to go for companies which state 留学生歓迎 (we welcome foreign students) or where you know foreigners have been previously hired. Oshigoto.com run by JAPI is one such place where you can do the research.

Not very comforting but if the hiring is bad in Japan it’s probably going to be worse elsewhere. As of February, the unemployment rate in Japan was still 2.4%. And in March for each job-seeker there were 1.39 jobs unfulfilled.

The economic shock from Corona will show in the results from April.  Even then though – would you really be more successful trying to job-hunt elsewhere?

To be fair, the last time a crisis of around these portions last occurred during 2008-2009. Around 4 years of Japanese graduates had their careers frosted over in this “Glacial Job Period” 就活氷河期 which people commonly refer to. But a decade later, the labor shortage especially for fresh graduates is much more severe. Hiring for foreigners increased since then, leaving foreign job hunters within Japan in a comparatively better state.

It’s not the end of the world, nor hiring

But it is the end of this article though. To repeat, there are definitely ways to land a job even under these testing times.

You may have heard the phrase “Tough times don’t last. Tough people do”. The Japanese actually have a yoji-jukugo that means something similar. 臥薪嘗胆 gashinshotan – sleeping on twigs and enduring for the sake of a better day.

Hope this article helps and good luck to all your job-hunting!