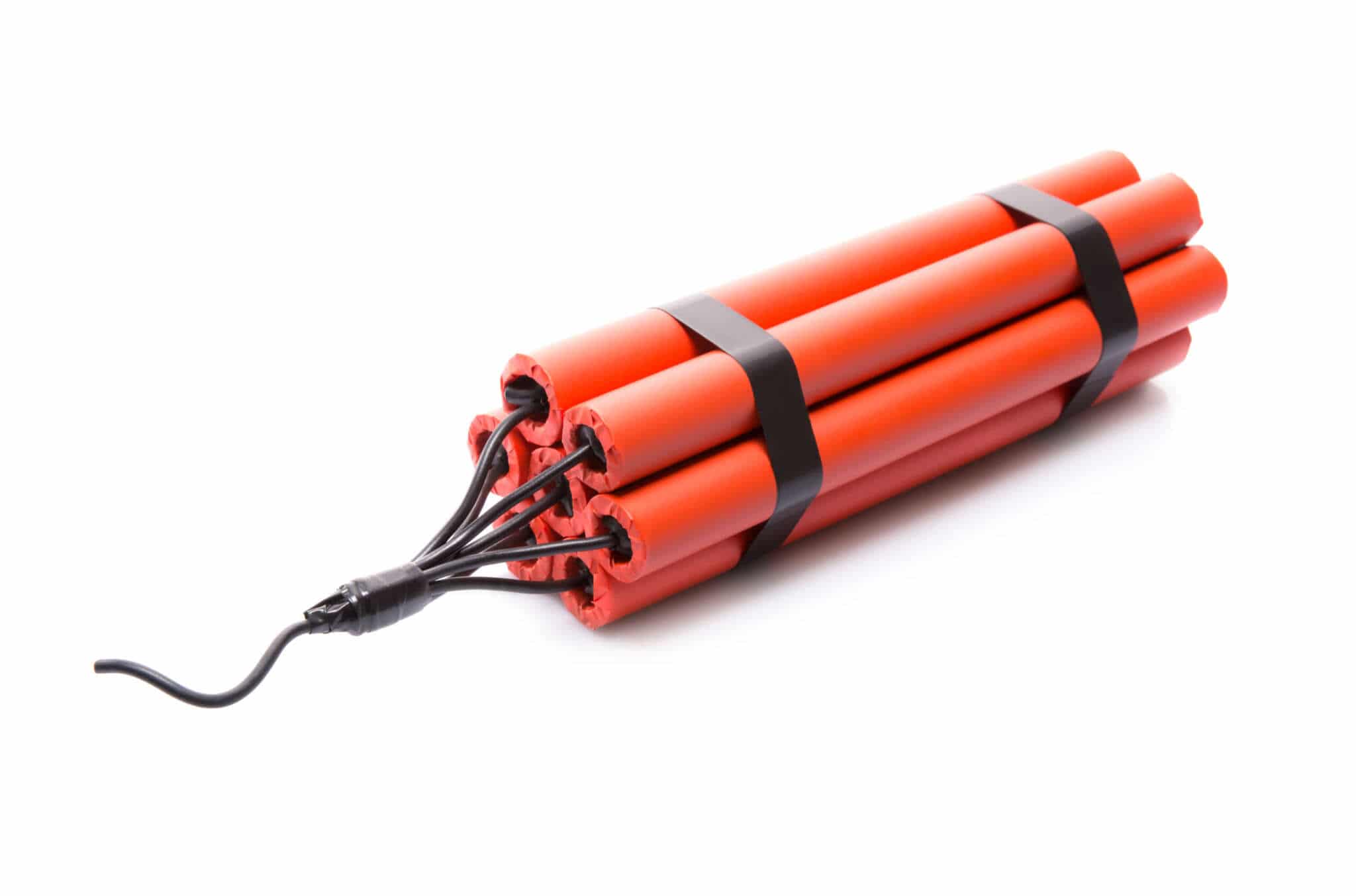 Be the bomb at shukatsu – do not bomb yourself.

I’ve spoken before in a previous article about how foreign students are making their own shukatsu (job hunting) more difficult than necessary.

That article was more about the procedural steps about shukatsu. This article is a different spin on things – more to do with the misunderstandings and some faulty mentalities which cause people to sabotage their job-hunt.

This is because sometimes we are our own worst enemies when it comes to job-hunting. If any of the things below apply to you – well hopefully this article will give you tips to ensure that your shukatsu goes more smoothly!

Like many things the early bird gets the worm, even in shukatsu. This is even more important given the rigid shukatsu calendar – the late bird has much fewer options.

There will be a fuller article about the shukatsu calendar at a later point but for now, just remember that it is best to start job hunting two semesters before your graduation if you are graduating in March.

For Autumn graduates things are a bit more complicated – two semesters is still a good measure but job-hunting in the same semester where you graduate is also possible (though extremely rushed).

Just a side note that even if you are late it does not mean that you are dead in the water. Fewer fruit for you to pick but less competition around too.

In these cases looking for SMES which hire year-round (try searching 新卒 通年採用 for example) or trying to get in through a referral would be strategic.

Another fatal mistake that many people make is job-hunting based on what they want – but without considering (or misunderstanding) what employers want.

There are two ways for how this often sabotages people’s shukatsu.

(a) Applying to the wrong employers.

I’ve explained in another article about how foreign students are doing shukatsu wrong by not understanding employers’ wants and applying to places who aren’t going to employ you. Important side note also that gaishikei does not necessarily mean foreign student-friendly. Take a look at the respective articles for a fuller explanation.

The flip side of the coin is that many foreign students are actually missing out on potential employers.

Also, just applying to companies which you know of misses out the whole swathe of B2B (business to business companies) for which hiring competition is often a bit lighter.

To take tech as an example, instead of fighting with people for Amazon, Google and Facebook, why not consider places such as SAP and Oracle?

(b) The wrong answers in your documents and your interviews

Why do you want to work at our company?

This is one of the most common and obvious interview questions to ask – but you may be surprised that this question kills many applicants, both Japanese and foreign. Two possible answers to this:

Which would you choose to hire if you had a choice?

The rather obvious is the second. But why?

The answer is that in a job there are expectations – you are no longer a student paying money to educate you. You are providing something for someone else’s money.

Taking the above question too literally and then answering with what you want (ie. first answer) is a huge red flag for employers. Answering the second shows that you want to contribute.

In the same way when you approach the job application process the number one thing that will help is thinking like an employer. Also, aside from saying that you want to contribute – think about how. Is the employer currently expanding overseas (and therefore what do you think your role is?). Is the role technical – in which case you probably want to talk about your linked technical experience and how it may help them.

Above what you want, your applications need to address this.

“All Japanese companies only hire people who speak fluent Japanese.”
“But why should I work in Japan when there is so much overwork?”
“Won’t I be discriminated against as a foreigner?”

To be honest, all of these are based in reality – but only in general. I too agree that the general Japanese companies are often problematic for people to work in.

When you are job-hunting you really aren’t looking for the general though. You are looking for a particular employer which fits your conditions.

Not all Japanese companies are the same. Neither do you have to work at a ザ・ジャパン company. Heck in my first job I almost never did overtime. I am aware of one other company which instructs applicants to not come in the recruit-suit to interview. They actually reject any applicants who appear in it.

There are plenty of female and foreigner-founded and internationally minded companies in Japan which are looking for good talent and these often have better working conditions.

The issue is that these are often not immediately obvious. In my experience the companies with better work cultures are often small-medium companies which aren’t advertised that heavily on platforms such as Mynavi or at big career fairs.

When you are looking for jobs in Japan then – ask yourself. If you are facing many ザ・ジャパン companies then maybe you have been only going for the obvious employers. Perhaps digging around the SME or startup scene, or google searching foreign-founded companies in Japan could be your next step.

Let’s be honest here – you are more likely to switch your first job within the than otherwise.

The rate for Japanese students leaving their first job within the three years is around 30%. No authoritative statistics here but estimates from within the industry estimate that more than 50% of former foreign students in Japan move jobs within their first three years.

There are two things to say from this.

(a) Do you really need to aim for the heavens?

Let me guess at the company you’re aiming for. Are you aiming for the “perfect” gaishikei job with work life balance and a good salary and work from home … wait were you really wishing for all that at the beginning?

Honestly speaking, your “ideal job” is much more likely to come at the middle of your career, when you have a resume which allows you to command all these things that you want.

In the current career climate getting your first job is the hardest – and doing so is easier in Japan due to shukatsu. Instead of applying to only your ideal places, do consider widening your applications to things which could land you a decent second job in the future too?

There is something in Japan called daini-shinsotsu (第２新卒）. This is where companies are actively hiring talent from around 1-3 experience mark (or even 6 months) as junior talent.

Around me are quite a few people who have gotten bettter salaries, better bosses, better working conditions and even a gaishikei job (see the second half of the gaishikei article for more) even after jumping at the 6 month mark of their first job.

Especially as a foreigner once you get the work visa and having around a year of experience you really can claim credit for understanding Japanese workplaces and demand for you increases significantly.

No point overthinking about your first job – after a while you can always switch.

If much of the content above is new to you, let me just say that most of what I wrote is information that foreigners who have worked in Japan commonly know. All you need to do is to ask.

A list for you below. If you are currently job-hunting do think deeply as to whether you’ve really been accessing all the help available to you.

Important if you want someone to look through your Japanese documents. Also, you are a graduate student and want to continue working in your specific field, your Japanese lab-mates etc. may be better connected with career information than you are.

Sempais and other foreigners working in Japan

Important because they can tell you the truth about companies / working in Japan from a foreigner’s perspective. As a foreigner in Japan we all have to live with the possibility of going back home and visa issues.

Fellow foreigners can guide you on how to frame your career considering these.

Invaluable for resume writing and interview prep and can even allow you to skip rounds in the hiring process. See the article about when and how to use the resources recruiters give for more.

Though to be honest, the English and Foreigner friendliness of the career offices varies greatly. More services tend to be offered by the offices in language and specialist schools than by universities.

Also, much of the advice they give can be very much applicable to Japanese students – but not really to foreigners.  Be wary for example if they say you can just do things like the Japanese by job-hunting through Mynavi.

Be your best advocate, not your worst enemy

You’d be surprised as to how common the above mistakes are. In fact without realizing, most people are actually probably falling foul in at least one of the 5 above points.

Get over these common mistakes though and you could drastically boost your chances in job-hunting and increase the number of options that you have.

Hope this helps everyone!