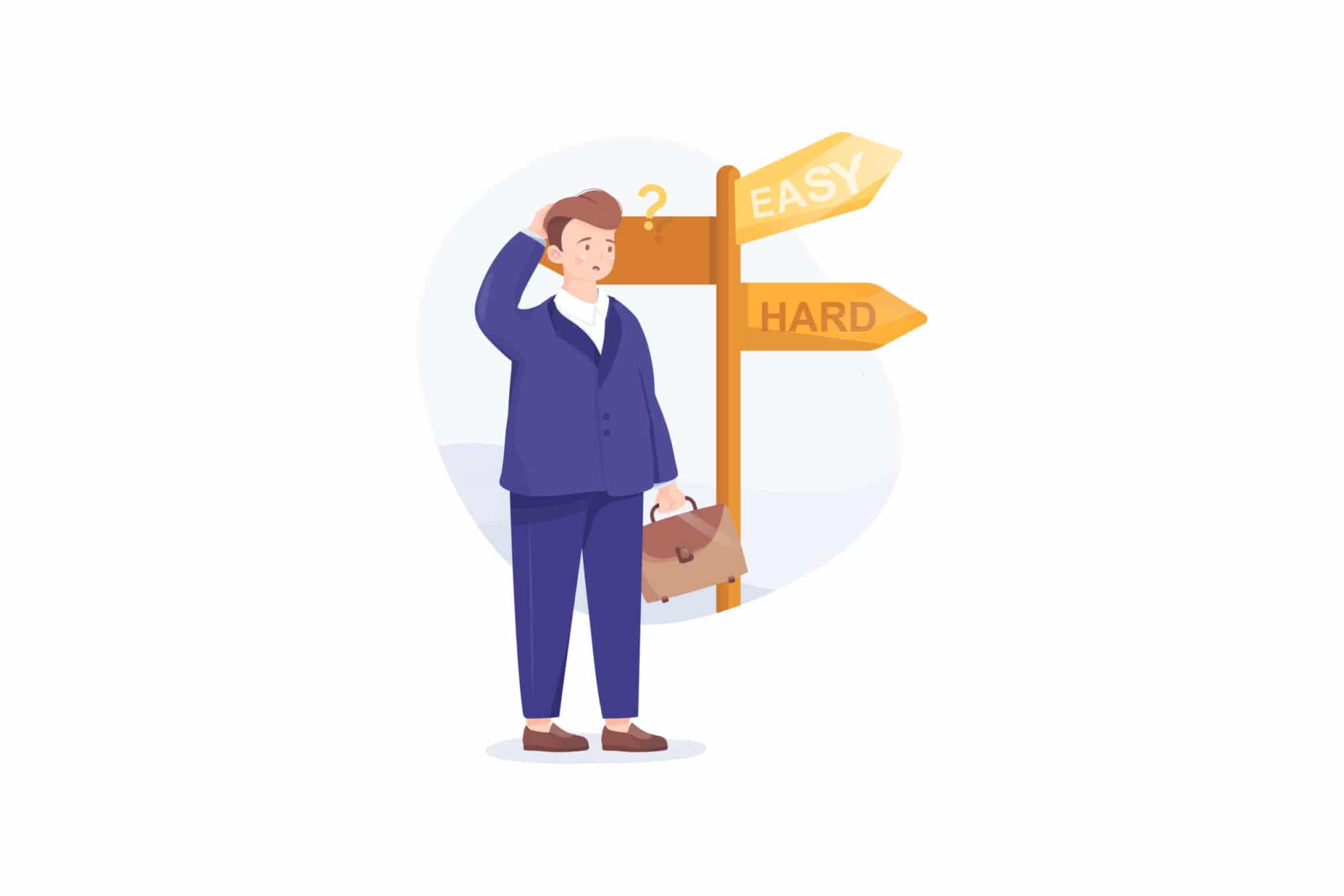 Written for and also published at Why Japan (Studentsinjapan.com)

I write a lot about shukatsu (Japanese job hunting). Given how much I stress on the need to not sabotage yourself, strategize and other things that I nag about, I wouldn’t blame anyone from getting the idea that shukatsu is tough and that finding a job in Japan as a foreign student is even harder.

It is true that Shukatsu can be a soul crushing, excruciating process. Of course it can be, with sometimes writing hand-written Rirekisho (Japanese CVs), interview round after interview round and trying to fight an uphill battle with Japanese competitors at things like the SPI and interviews.

On the other hand though, Japan’s hiring practices are known to actually advantage fresh graduates in ways that fresh graduates in other countries would die for. After all, despite COVID-19, 93.4% of bachelors students graduating in 2021 in Japan have secured at least one job offer as of 1st Dec 2020. Of these, at least 60% have received more than one job offer at that.

For foreign students there aren’t any clear statistics, though the number is clearly going to be lower. That being said, the same factors which lead to such a high job attainment rate for Japanese students also apply to foreign students too.

The points below mean that even for foreign students, Japan is actually one of the easier places in the world to start your career and even more so to start an international career. This forms one of the key reasons for why working in Japan deserves serious thought (to be explored in a later article) and why you may be underestimating the attractiveness of Japan.

It goes without saying that one reason why so many fresh graduates can secure jobs is because there are more open fresh-graduate jobs than fresh graduates. Research from Recruit shows that even for 2021 graduates, the ratio of open fresh-graduate jobs to applicants is 1.53. This already reflects lowered demand due to COVID-19 due to a dip from over 1.8 for 2020 graduates. For more context, the rate of unemployment in November 2020 in Japan was a mere 2.9%.

This is also why in recent years HR commentators have started to talk about fresh graduate being a “seller’s market” (売り手市場). Basically, if you have a lot of people trying to buy your employment and not that many competitors, well it clearly is easier being in this market than in countries with an oversupply of young talent, or a market with a high unemployment rate.

I should highlight that one of the sectors with a huge shortage is bilinguals or multilinguals in Japan. If you can read this article, your level of English should be enough to be considered a big plus in Japan – bring your Japanese up to business level and you will get a huge advantage even over Japanese students.

“The job says entry level but they somehow want experience! How..?!”

This is a very common complaint by my friends back in Singapore. Especially for the freshest of fresh graduates fighting for a job with someone with even two or three years experience can be very difficult. If you are posed a marketing question at an interview imagine the challenge of having to give a better answer than someone already crunching analytics for 2 years?

Here in Japan though, one explanation for why fresh graduates in Japan have an easier time is that the shinsotsu saiyo (fresh graduate recruitment) process and shukatsu itself separates fresh-graduate hiring from mid-career hiring.

Because of this while experience is not that important, what Japan sees as “potential” is (and this is where the school name and standardized testing like the SPI come from). This is because traditionally Japanese companies hire first then assign people to their roles for them to learn on the fly and then rotate them around after a few years.

Therefore, “potential” translates to “trainability” for the HRs which are hiring. Fresh graduate recruitment is where Japanese companies traditionally hire people to train them specifically in the way that the company works and therefore fresh graduates do not have to worry about playing on the same field with people who have already had a few years in their career.

I am a politics major. My first job in Japan was as a software engineer.

The thing is that unless what you are applying for is very specific, “what did you study” is not that important a question during interviews. Companies are more likely to value signs that you have worked hard than what you worked hard at. As mentioned above, companies hire based on “potential” and since they’re going to train you in how the comany works after you enter, it doesn’t really matter what you studied.

With all honesty, this is a big plus for people who do not graduate from professional fields (like architecture, accounting and business) or with STEM subjects. STEM and professional graduates do still get a plus from their respective backgrounds with regards to jobs in those specific fields. But for people like me, not having to answer a pointed interview question like “so you studied sociology – what makes you able to do a marketing job?” is a relief. 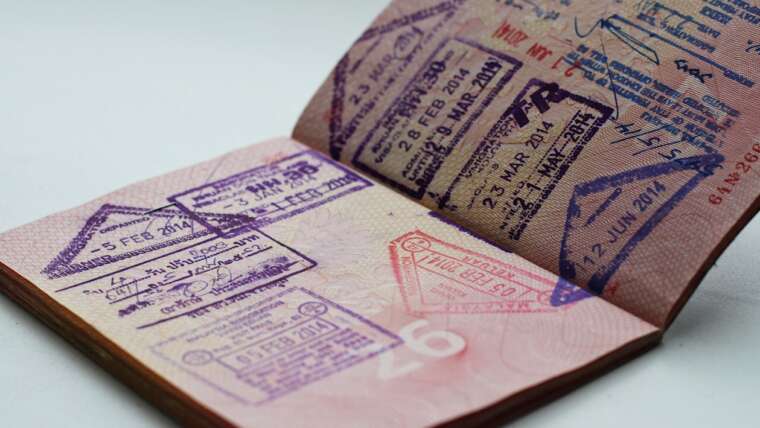 Then we come to a reason which is particularly relevant for foreigners – the work visa.

In recent years many countries in the world have tightened their work visa regimes for foreigners, including Singapore which has now set its minimum salary for work visas at a rate that is higher than most fresh graduate salaries. Many other countries, including Australia, the UK and the US on the other hand allow students to stay a 1-2 years after graduation to work, but require students to apply to change their visas to another visa work class after this term expires. These visas are usually stricter with conditions based on sector-based hiring, a lottery (like the American H1-B) and other conditions.

In this sense, Japan’s work visa system is surprisingly flexible. While you do need to have a valid work contract to apply, the main work visa that foreign students get to work after graduating, the Engineer / Specialist in Humanities / International Services can be extended indefinitely as long as you can prove that your employment. In fact, you can switch jobs under this visa or even self-sponsor if you can prove that you earn enough sustain yourself as a freelancer.

The approval rate for this visa has in recent years been more than 80%. Despite some inaccurate information out on the internet, what you study does not have to have that direct a link to what you will be working in. This is a reply which I received from the immigration lawyer (行政書士) which I used in my visa renewal on whether your subject matter of study and your work needs to be related.

“Not really – this is because the Japanese education law defines 4 year universities (and further degrees) as places where students learn generally applicable skills. Therefore from the immigration bureau’s point of view there is no issue with someone learning marketing being trained to do or doing an engineer’s job.”

Therefore whereas another country’s immigration authorities may question you if you apply for a job with a different field from what you are studying, subject freedom also extends to your visa applications in Japan. Do note that this not apply for specialist school (専門学校) graduates whose applications should be related to your study fields.

Another point of note is the shukatsu visa which allows students to stay in Japan for 6 months, extendible to a year, to find work in Japan after graduation. This visa class, along with the permit to do non-designated activities (資格外活動), also therefore allows you to support your daily expenses by doing part time work while finding a full time job in Japan.

This is just the how…

The above is just the explanation of how the Japan could be an easier launching pad for your career. Do be aware though that easy to start does not necessarily mean easy to develop – take a look at this article for more.

There will be more articles about the pluses and minuses of working in Japan. But hopefully the above helps a bit in shedding some light on how the Japanese recruitment system works and qualify the idea that “it is hard to get a job in Japan”.

It the current climate though, in most countries the first step in your career is the most difficult step. Just being able to get a full-time job may be the foot in the door in your life-long career, even if you go overseas from Japan. Hope this articles helps and stay tuned for more content!