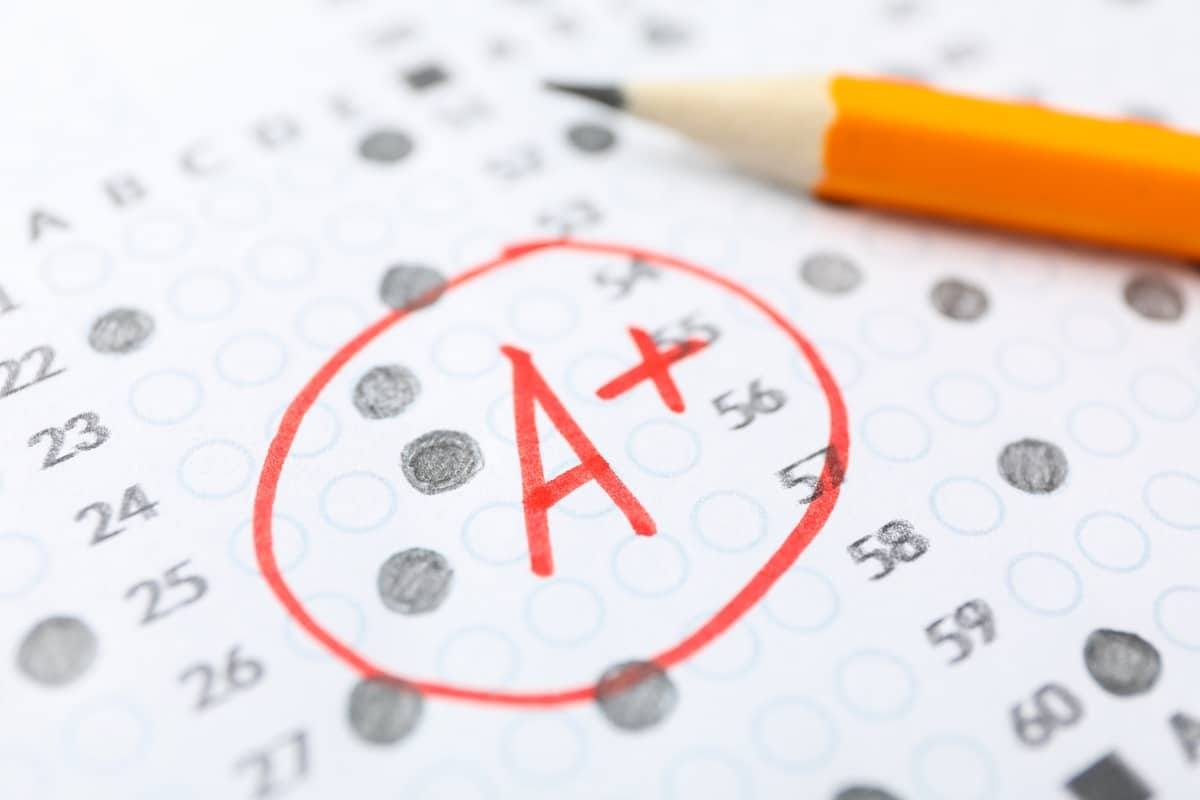 What Japanese companies are looking out for when hiring foreigners

Written for and also published at Why Japan?

I’ve already written an article about the kinds of Japanese companies which hire foreigners here and what to watch out for but today I want to take a look at a slightly different question – what are Japanese companies looking out for when they try to hire. In other words, yes they for their various reasons want to hire foreigners, what kinds of foreigners are they looking for? Aside from obvious things like nationality (because they have a factory in an overseas country), let’s take a look at what the research says. Do communication skills trump hard skills, personality factors and so on.

In other words, what they are looking for when they read your resume and interviews. Hopefully this article will serve as a hint as to how to not sabotage yourselves when you are applying.

Three important points to note before I continue though. Firstly, the data below is very simply the hiring companies’ wishes. It does not mean that I think they are right nor entitled to wish all of the following. Every company would want to hire a superman but are they a super-company in return?

Secondly, do not feel disheartened if what you see below does not match with what you think you are right now. Precisely because the following is a wishlist, when it comes to actual hiring many do hire foreigners who do not perfectly fit the bill – in actual life it’s not exactly easy to find superman after all.

Firstly, the data researched here is mainly for foreign students. However, while mid-career hires will get much higher consideration for your skill and experience level, the “hiring rubric” is very likely to contain a lot of what is below under the “cultural fit” category. Similarly, the data below may be important data points to stop you from causing cultural faux pas.

What the research says 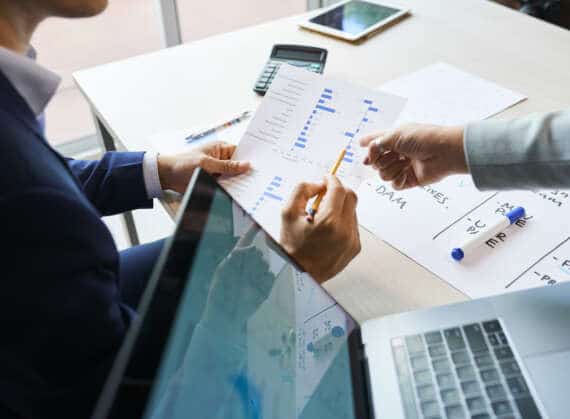 Let’s start with the meat of it by looking directly at what some research says. DISCO’s 2018 research on companies hiring foreign students provides some of the most relevant data. This survey divided responses according to whether it was hiring for an arts and humanities graduate or hiring for a STEM graduate.

For arts and humanities graduates, the top 5 things that companies looked out for were:

For STEM graduates, the top 5 things that companies looked out for were:

I put Kyochosei above in romaji above becuase it’s a very layered idea which depending on interpretation can mean an ability to perform smooth teamwork but also does tones of conforming to the group.

The term “vitality” above was used in its katakana form バイタリティー as one of the options. As a somewhat fuzzy concept this is open to quite a lot of interpretation but I take this to mean “perseverence” and “endurance” in this context.

We can see from the above that Japanese comes first in the considerations, followed by what roughly are “soft skills” (communications, vitality and what not) after which comes hard skills. I will comment on each in turn.

What’s also important about especially the DISCO survey is that they asked companies how much Japanese was needed when it came to hiring. The results are displayed below.

Question: How much Japanese do you expect of your future foreign student hires at each of the following time points?

If I were to guess, the rough estimates for the above are Advanced business = N1, intermediate business = N2 and so on.

Recruit too has also put out a survey which asked a similar question – which is more pointed because it asks the “minimum” companies are willing to accept. Results below:

Question: How much Japanese do you ask of foreign student hires?

Put the two together and you can see why strong Japanese speakers have a huge advantage in job-hunting in Japan. The fact is that especially for the second survey, N3 is the rough tipping point for when some significant portion of Japanese companies will consider your profile. N2 is when the majority start to consider your profile. And even then there is a high chance that an N1 level speaker will outcompete an N2 speaker due to Japanese.

So really, each level of Japanese that you advance can really make a huge difference in your job hunting. But if the above results are disheartening for you, even when counting the N4 and N5 companies, that’s 5% of the 3rd largest economy of the world. They just are concentrated in a few particular industries and have some common traits. You may want to see the tips I wrote in this other article about how to find a job with limited Japanese for how you may want to approach this.

Are we playing a role playing game here?

Next we come to the second group of factors – which boils down roughly to personality traits and soft skills. This here actually is not so much about traits that add on to your application but minefields that you may step on during the interview.

To explain a bit more, especially if you are applying to a big conservative company or a company that hires foreigners on the same basis as Japanese (see category 3), one of the first things that the interviewers are likely to be looking out for – both consciously or subconsciously – is how much you get and are willing to conform to Japanese society. The “communication skills” and “vitality” above needs to be understood as how Japanese society usually understands them.

This leads to the following kinds of landmines:

Q: Tell me about your research at school
A: So I did this and this and that and that …
(Interviewer starts smiling, interviewee misinterprets it and keeps speaking. Disqualification for failing to read the air.)

Q: How long do you want to stay in Japan?
A: I’m not very sure yet but I’d like to think about it in 5 years time.
(💣💥 – Disqualification for not having commitment, likely a “gaijin quitter“. Correct answer – “until I retire”, or maybe at least 10 years.)

Q: Tell me about a challenge that you overcame.
A: One time I had this huge coding project that I had to submit within a week. Somehow something didn’t sit right with me about my original approach so I decided to search online. I actually found a shortcut to do so and managed to do it in two days.
(Okay … but doesn’t sound very gambaru, better hire someone who dares to put in “hard work”)

On the other hand though there are conversely some things that many people miss out on your resumes and your interview technique which could really add points in favor of you. This includes:

Just be aware that the above is very “typical Japanese company”. A more advanced tip is to, from the company office and website, guess what kinds of things different employers are looking for. A startup is far less likely to care about how long you will stay in Japan versus what you can contribute in the following week after entering the company for example.

The above results may give you the impression that in the end, hard skills are not important. That as long as you speak good Japanese and have good soft skills, that you are good to go.

This can be the case if you are applying for a general position through the shukatsu process, especially for arts and humanities graduates. However, if you are applying for a position with a concrete position title and job description, then your hard skills are still important. Unless the position says that it welcomes people without experience and that the company will train you, no matter how smiley you are, if they are looking for a designer and you haven’t touched Adobe Illustrator before, naturally you will be dropped immediately at document screening.

The point that the results show is that no matter how much of a hot-shot you are at your skill set, these hard skills in themselves are only enough to open the door up to interview stage. When it gets to the interview however, your soft skills etc. will be the decider as your interviewers consider whether they want you on their team.

So the items above pretty much put numbers and context behind what employers are on the watch out for when they are thinking about hiring foreign students and foreigners as a whole.

I have to say one point though – honestly the tendencies are not that far from other economies in the world. The language requirement for example, is probably something even stricter in English speaking countries and even in other non-English speaking developed countries, candidates which show proficiency in the country’s language(s) definitely get a plus. The same with soft skills – no manager will voluntarily hire someone who displays traits they don’t want on their team.

As mentioned above though, the above is just a wishlist from the companies. You do not have to be a perfect it for all three sets of factors to get hired. And there are companies which prioritize one or more of the factors lower down versus Japanese or communication skills.

Therefore, if you are already job-hunting and don’t have much time, maybe doing things in reverse may help – maybe the question is not where you want to join but what company would want you to join. If you still have some time before hunting for a job though, beefing up your Japanese and getting more experience in Japanese society to train your social feel may be important investments to increase your future success rates.