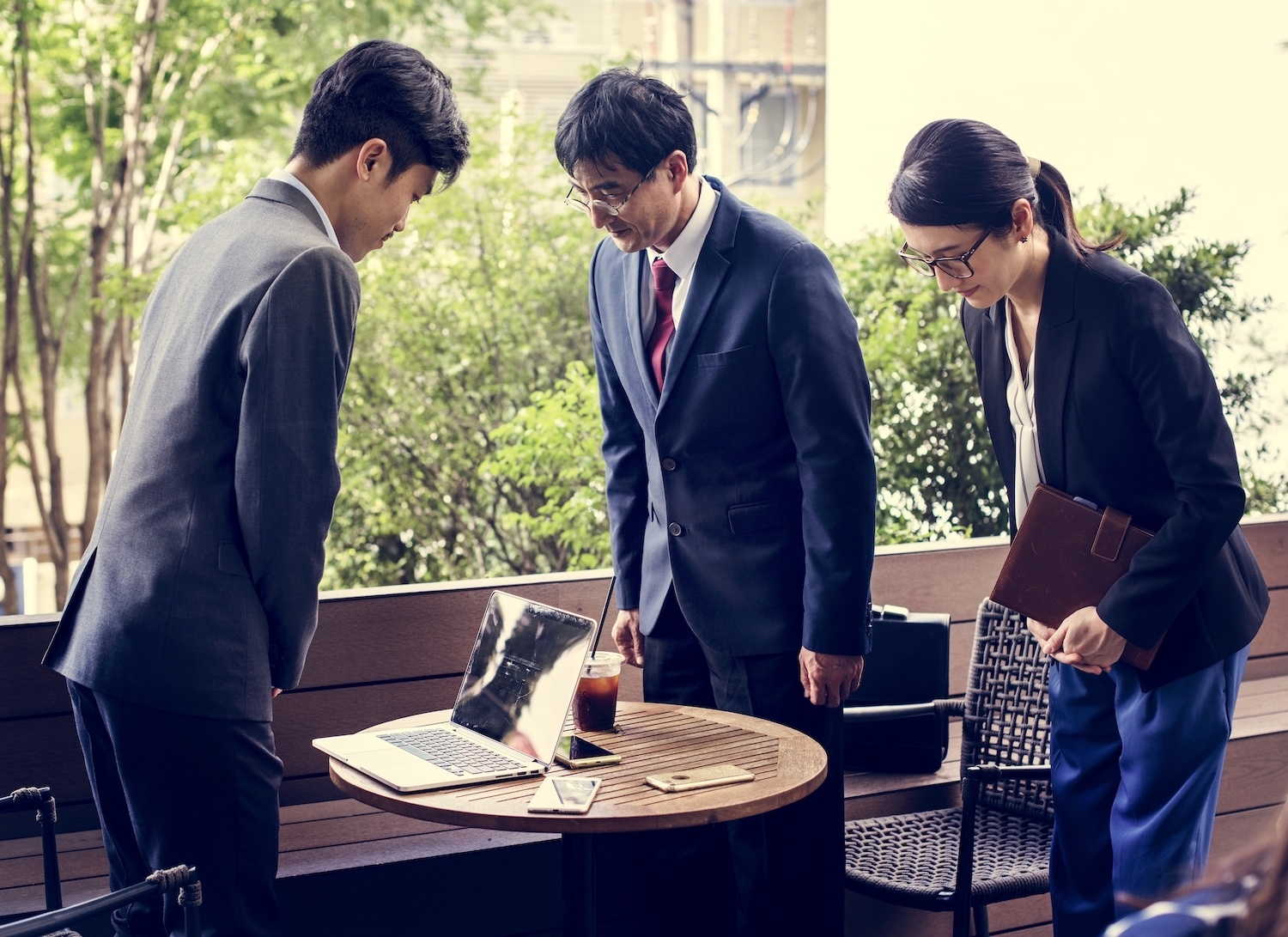 Article written for and also published at Why Japan?

Keigo (敬語) – or Japanese language honorifics – one of the banes of Japanese learners. Clearly, most other languages do not have such an intricate and complex system to convey respect and humility.

This is also why I do hear sometimes people saying that learning keigo can be left for later, after all, there are more important things to learn like more simple and fundamental grammar. Also, one other thing opinion is that people are not going to expect keigo from you as a foreigner and if anything the Japanese get it wrong all the time.

Hearing these opinions was actually the inspiration for this article (and as a little break from the full-career articles I write). There is some truth to the statements above but I am actually of the opinion that Japanese learners should be eased into keigo from intermediate levels and not left for later. I will be explaining why in this article.

How much keigo is expected of you?

Firstly, to the point about how much keigo do Japanese people expect of you. Honestly speaking, you’re unlikely to be demanded to produce perfect keigo as a foreigner unless you are in an environment where people expect you to be fully Japanese (note: if you are in such a place you may want to find somewhere else).

What is true in my experience is that ensuring that you just use the teineigo (ie. the ~masu form instead of the ~da / dictionary form) is usually the standard which people expect foreigners to conform to. If anything keeping to the ~masu form may be safer than trying too much keigo when you’re not confident and ending up elevating yourself and lowering the other person.

Therefore, I really don’t agree with people saying that “you must learn keigo because otherwise you would offend people”. There are more than enough Japanese people who understand how difficult it is for foreigners and enough foreigners who are working successfully without dealing with too much keigo.

But if people are not demanding keigo for foreigners, then why do I think people should still start to learn it even from an intermediate level?

We may be complicating things unnecessarily

I have a very big issue with how keigo is framed, both within Japanese society and when it is presented to foreigners.

The explanation usually goes that “keigo is where Japanese people show each other respect and show their recognition for authority – by lowering themselves and raising the other person”. Which is probably true when you talk about how the original meanings of this but really, this makes keigo sound very complicated and much harder than it actually is.

In actual use, do people really think that much about respect and things when using keigo to talk to other people? Not really. Clearly Japanese people not using keigo when talking in formal settings to each other would be seen as rude and a sign of poor education. But if anything, people use keigo when arguing with each other, sometimes in very hostile and disrespectful ways.

How then do the Japanese use keigo then? Simply, as an indicator of who the subject of the sentence is.

Let me explain a bit more into this linguistics jargon. People who know some keigo already will probably have heard of the sonkei-go (尊敬語), or words used to elevate the other party. The other type is the kenjo-go (謙譲語). An example of this is how go-ran ni naru (ご覧になる) is sonkei-go whereas haiken suru (拝見する) is kenjo-go.

Because sonkei-go elevates the other person, it therefore can only be used in the second person (you) or the third person (he/she/they). Similarly, kenjo-go can only be used for the first-person (I / we). Therefore just using the verb haiken suru immediately means “I (or we) saw it”, even without explicitly stating the subject.

Compare this with the simple masu form of mimashita (見ました). Just saying mimashita doesn’t make clear who is doing the seeing, though it of course can usually be understood in context. There is a subconscious use of keigo therefore, as a conjugation based on who the subject of a statement is.

In this sense therefore, keigo is really not that different from formality or subject based conjugations found in many of the major world languages, including French (je suis / tu es / vous êtes), Spanish (yo soy / tú eres / usted es) and German (ich bin / du bist / sie ist). Even the English that you are reading now has this in how you’d say “I am” and “You are”. And this is especially for languages which cut the subject because the conjugation makes it clear who is doing the action (eg. Spanish, Portuguese).

So instead of thinking of keigo as this big complicated, cultural mess, it may be simpler to just think of it as a grammar feature, and one that actually has many similarities with other parts of the world at that.

Even though you may not be demanded to produce keigo, because keigo functions as a grammatical feature, you really lose a lot of communication if you cannot understand it. When you think about it, the majority of social situations in Japan – first meetings, business or even being a customer – are formal occasions. By extension, there is no way to completely avoid having to listen to keigo, either directed to you or between Japanese people.

Of course you could indicate that you don’t really understand and ask for clarifications – to which the majority of Japanese people will feel awkward at speaking at you at native-level vocabulary Japanese and rephrase themselves in simpler Japanese. But if you’ve been in this situation (as we all have), you know that this takes time and is awkward. In addition, keigo appears in writing all the time and it’s probably difficult to ask for clarifications when keigo is spoken in cases between Japanese people (eg. business meetings).

This is why even if you do not speak keigo, understanding keigo is still important when learning Japanese and also when living in Japan.

Keigo is not that hard

Let’s therefore focus not on speaking but on just being able to understand Keigo. The thing is that 90% of keigo are simply repetitions of the same pattern.

What I mean is that if you hear a verb with something like an いたす, 差し上げる or させていただく (itasu, sashiageru, sasete itadaku), all you really need to know from the keigo is that the other person is talking in the first person. If you hear anything with a お・ご~になる(o/go ~ni naru), なさる (nasaru), していただく (shite itadaku) or してくださる (shite kudasaru), the speaker is talking about you or a third party.

There are a few examples where the entire word changes depending on whether it is a first-person or second-person keigo like how 言う (iu) becomes 申し上げる (moushiageru) in the first person and おっしゃる (ossharu) in the second/third person. These need to be learnt separately, but memorizing these common patterns as mentioned above are probably more than enough for you to be able to digest 90% of the written and spoken keigo.

In the end, keigo is simply a grammatical pattern which is commonly used – the more patterns you know, the more you can recognize them.

And therefore, let’s stop complicating and procrastinating with keigo.

In order to be fully functional in the Japanese language, and by extension Japanese society, we really can’t avoid at least learning to understand keigo. And as mentioned above, unlike much of the aversion and horror that us foreigners (and even Japanese) have towards it, it really isn’t as complicated as we are led to believe.

To add on, I think there is a bit too much emphasis on the cultural elements of keigo when it is being taught, as well as some rather over-simplified cultural statements that “Japanese society values respect” (I mean, most other societies do too) or that “keigo is a special feature to the Japanese language” (as mentioned above, many other languages have both formality and subject-based conjugations).

When distilled, keigo is really more simple and less unique than the impression we have of it. If you are already an intermediate speaker of Japanese therefore, I’d challenge you to start learning about keigo just simply as a form of Japanese grammar.

The more you do, the more you recognize. And with recognition, you’d be able to speak it with more fluency in due time.